Prepare your plants for winter 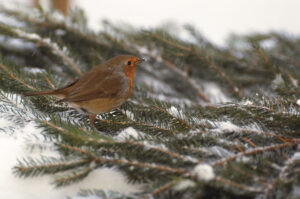 As I sit typing this for November, I wonder what the winter months hold in store.

There are rumblings from ­almanac ­writers that winter will be snow-packed and cold, just the way I remember it growing up when ­stoking the coal furnaces were the norm and air conditioning was something the city folks had. Back then, six inches of snow essentially meant the school bus would be 15-20 minutes late. Nowadays, it’s a day off.

My wish is for lots of snow. Lots of it. I’d like to see several six to 12 inch snowfalls every two weeks. Of course, I also wish it were only on the yards and fields and not on the roads, driveways or sidewalks. And it would stay white and not get dirty or yellow looking.

Granted, wishes would be great if they always came true. Forecasts would be wonderful if they were 100 percent accurate. Yet, you can bank on those happening as often as Congress and the President get along. Sigh.

In the meantime, you need to ­prepare the plants for winter.

Water. Water. Water. Water. That’s the key to survival for any plant, particularly the lawns and evergreens. There needs to be moisture in the root system for the winter. Without it, the plants will dry out over the winter and end up nice and brown next spring, which will make the lawn care companies and nurseries happy.

Ideally, you need to water ­thoroughly right before the ground freezes, but that’s tough to call. If the ground isn’t frozen by Thanksgiving, give everything a good watering of an inch or two of water, drain the hoses for the winter, and hope for the best.

Cover tender plants with mulch such as shredded leaves or straw. I ­personally keep the fingers crossed and hope we don’t get deep biting cold until after the holidays. Then it’s easy to scavenge evergreen boughs from discarded Christmas trees to lay on top of the mulch to provide a little more protection.

Plants should be mulched with six to eight inches of mulch. Remember, the goal of winter mulches isn’t to keep the cold out, but to keep it in. Temperature fluctuations cause ­freezing and thawing, and heaving of the soil, which is good to improve its structure, but will do more damage to plants by ripping roots apart.

Next, search the stores for deicers that are not sodium chloride-based. They are traditional salt, which can melt ice and snow fast, but can also suck out the water from roots ­causing plants to dehydrate.

Some of the better deicers contain calcium or potassium instead of sodium. If you have to de-ice around plants, the expense might be ­acceptable. Stock up early.

Finally, drain all gas-powered engines or add that stuff sold to ­prevent the gas from gunking up ­during the winter. Clean and oil garden tools so they don’t rust during winter months.

And if snow makes you nervous, get your tickets for Arizona as soon as possible.