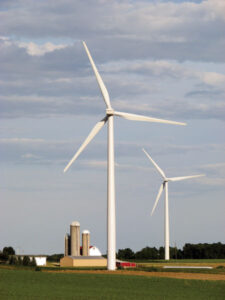 The Energy Department released two new reports on August 6 showcasing record growth across the U.S. wind market. In 2012, wind energy became the number one source of new U.S. electricity generation capacity for the first time — representing 43 percent of all new electric additions and accounting for $25 billion in U.S. ­investment. According to these reports, the United States continues to be one of the world’s largest and fastest growing wind markets.

The proportion of wind turbine com­ponents such as towers, blades and gears made in America has increased dramatically. The report estimates 72 percent of the wind turbine equipment installed in the United States in 2011 was made by domestic ­manufacturers, nearly tripling from 25 percent in 2006-2007.

Distributed wind in the U.S. reached a 10-year cumulative installed capacity of more than 812 megawatts (MW) at the end of 2012—representing more than 69,000 units across all 50 states.