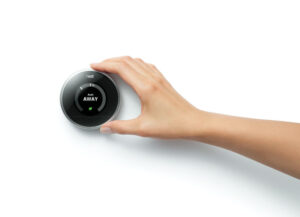 Programmable thermostats were first ­certified as an ENERGY STAR product in 1995. While almost 41 ­percent of households own them, only 12 ­percent are using them correctly. Just ­installing a program­mable thermostat does not save energy ­without taking the extra step to program it. Because of the ­concerns about realized energy savings, ENERGY STAR removed them from the program in 2009.

According to the study, 45 percent of homes set it at one temperature and leave it there a majority of the time. Another 26 ­percent manually adjust it at night or when no one is home, and only 18 percent have it ­programmed to automatically adjust the ­temperature during the day and night. The other 11 percent turn the units on or off as needed.

Also available in the marketplace are smart thermostats, also known as learning thermostats, which observe household behavior and create a temperature-setting profile without the need for the homeowner’s intervention.