A federal court recently reinjected a major dose of uncertainty into an already complex topic for electric cooperatives — how will accidental bird deaths from power lines or other energy facilities be treated under the Migratory Bird Treaty Act (MBTA)? 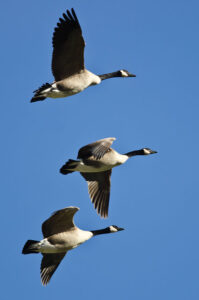 The law was enacted in 1918 to protect species from overhunting and poaching but subsequently reinterpreted to cover other activities. Yet district court interpretations have been inconsistent.

“Through the years, some courts have ruled that incidental take is prohibited, some say it is not prohibited, and others say nothing,” said Janelle Lemen, NRECA regulatory issues director. “We have been fighting for clarification and consistent interpretation for years.”

In 2017, the Department of the Interior took an important step and issued a legal opinion saying the law does not actually apply to such accidental deaths or “incidental takes.” Then on Aug. 11, a judge for the U.S. District Court in southern New York tossed out the department’s opinion as “contrary to the plain meaning of the MBTA” and the historic enforcement of the law.

“This court decision creates a lot of questions for how electric co-ops ensure compliance with the MBTA while fully implementing measures that are proven to reduce impacts to migratory birds,” Lemen said.

Before the judge’s ruling, the U.S. Fish and Wildlife Service was in the final stages of a rulemaking to codify the department’s new interpretation, which says the MBTA is only meant to penalize activities that are purposeful acts.

NRECA had come out in support of the Department of the Interior’s interpretation, saying it clarifies the Fish and Wildlife Service’s responsibilities, provides legal certainty and ensures consistent implementation. The association is urging electric co-ops to continue efforts to protect birds while enhancing system reliability despite the legal uncertainty.

Established co-op methods for mitigating impacts to birds while maintaining reliability include:

Banding together for your local economy
Seeing into the dark
Efficiency upgrades equal cool savings
A checkup for your health care privacy
COVID-19 – Caring for someone at home
Nesler’s Polar Whip
Control weeds the natural way
The Wright Stuff
Follow your dreams, do big things

Electric cooperatives are ahead of the corporate...
May is Military Appreciation Month
We love our communities
Promoting prosperity in rural Illinois
Tips for entertaining kiddos during social...
11 ways to avoid feeling cooped-up
Get recalled products out of your home!
May Checklist
May is electrical safety month
Jo-Carroll Energy receives USDA grant