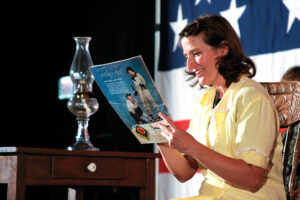 Many electric cooperatives across the country are ­celebrating their 75th anniversary. Celebrating that history is a play, Send the Light, which was conceived and ­written by Don Shandrow, a member of Corn Belt Energy, Bloomington, Ill. Music for the play was written by Phil Shaw, with ­incidental music by David Berchtold. Devon Lovell was part of the original four-actor cast of “Send the Light,” during its premier in 2007.

The action of the play concerns the controversy surrounding the Rural Electrification Administration (REA) and its impact on farm ­communities. Many groups, ­especially utility companies, opposed the ­federal ­government’s involvement in ­developing and distributing electric power. Onstage, conflicts arise within families and communities as they argue the pros and cons of ­“sending the light” to rural farms.