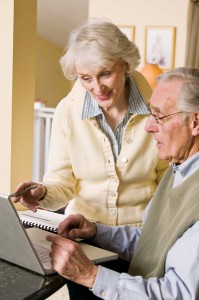 Co-op members over the age of 65 are increasingly using social media, according to the new Touchstone Energy® 2012 National Survey on the Cooperative Difference.

Over a three-year period, social media use in that demographic rose from 20 percent to 30 percent. Similarly, among members between 55 to 64, the rate of social media participation has risen from 30 percent in 2009 to 40 percent. Of members who use social media, 60 percent of those between 18-44 and 46 percent of those 65 or older said they would “be interested in liking their co-op’s Facebook page, if one were offered.” Members expressed interest in saving electricity, reducing bills and information on outages.

USDA projects median farm will lose $2,300 in 2013
Built on pride and patriotism
Galena, Illinois named as one of the friendliest...
How to communicate with your family during a...
Illinois coal exports set record in 2012; now in...
Hitzhusens Win 2013 Governor’s Conservation Farm...
Illinois utilities cooperate on State Fair Energy...