The temperature was hovering at a few degrees above freezing. The sun had set, and I had just finished feeding a bottle of milk supplement to the orphaned calf. I was closing the pasture gate at the road when a movement to the east drew my attention. I caught just a glimpse of a fox as it ran across the road.

I began walking a short distance downhill, hoping to see the fox scouting for food in the bottom field, east of the barnyard.

I heard an abrupt raspy sound and saw the source – a baby fox! No, five baby foxes. They were hurrying along on the road, most likely trying to follow their mother. The closest fox kit turned and saw me. It scurried up the embankment on the south side of the road. That roly-poly fellow had scampered as fast as its short legs could go, and I knew in an instant where it was headed.

Yet the others were still precariously positioned. I moved quietly to the north side and tried to herd them off the road, hoping to convince them to go the way the first one had gone.

They went scooting off, occasionally yapping their funny barks as they ducked under the fence and ran through the pasture. All went scampering westward, except one. That one stood its ground.

Its small furry reddish face peered at me. The little fox’s body was gray, with black legs and its bushy tail was white-tipped. It approached me as if I were an oddity and laid back its pointed black ears at the sight of me. It began moving hesitantly westward, but it insisted on traveling the roadway. I followed behind.

Then that pup of a fox stopped, turned to face me and barked a warning. I couldn’t help but chuckle out loud. It dashed away. 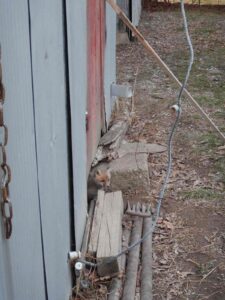 The kit’s destination I could easily surmise. I knew of a game trail that ended at a gap in the barn’s foundation. Through that opening, small animals could access a secluded dry-dirt area. During many winter trapping seasons, I had been catching raccoon, opossum or even skunk by setting a body-gripping trap at that gap.

It was likely that during this cold wet spring, the vixen had chosen to slip in and give birth there beneath the wooden floor of the barn.

I smiled as I envisioned those five little rambunctious foxes safely tucked together in that sheltered earthen den, waiting for their mother’s return.

Years ago, other baby foxes had also been waiting for their mother’s return. Probably 50 years ago. I had been a young teenager then and lived in the city with my parents, but my home was the farm. Every summer since I was probably 6 years old, I had been tramping over every inch of woodland, splashing through puddle and creek, and exploring hill and dale on my grandparent’s land. Most days, I’d be hunting in the wilds. My gun was a stick, a cowboy rifle toy or a BB gun, and finally a 410 shotgun.

Each day I’d do chores on the farm too. I liked helping my grandmother take care of her chickens. The money Grandma obtained from the sale of eggs was the grocery money, buying whatever she couldn’t raise in her garden. Every day at dusk when all the chickens were in at roost, I’d shut the henhouse door to keep them safe from predators.

One spring evening as I came in from shutting up the chickens, Grandma said, “Jimmy, I saw a fox today, carrying a hen in its jaws and heading east. That fox is probably feeding babies. It will be back again and again for another and another. Will you take care of that for me?”

That spring, so many years ago, I had been hunting the groundhogs that were destroying our crop by eating the newly-emerged beans and had discovered the groundhogs’ tunnels. I knew that foxes often used those burrows as their dens. So, the next day I went there and killed two of those baby foxes. I have always regretted it. 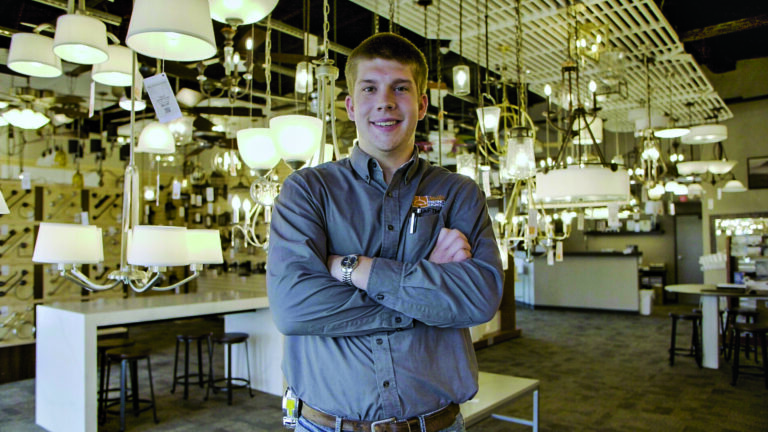 Growing hope in the heartland