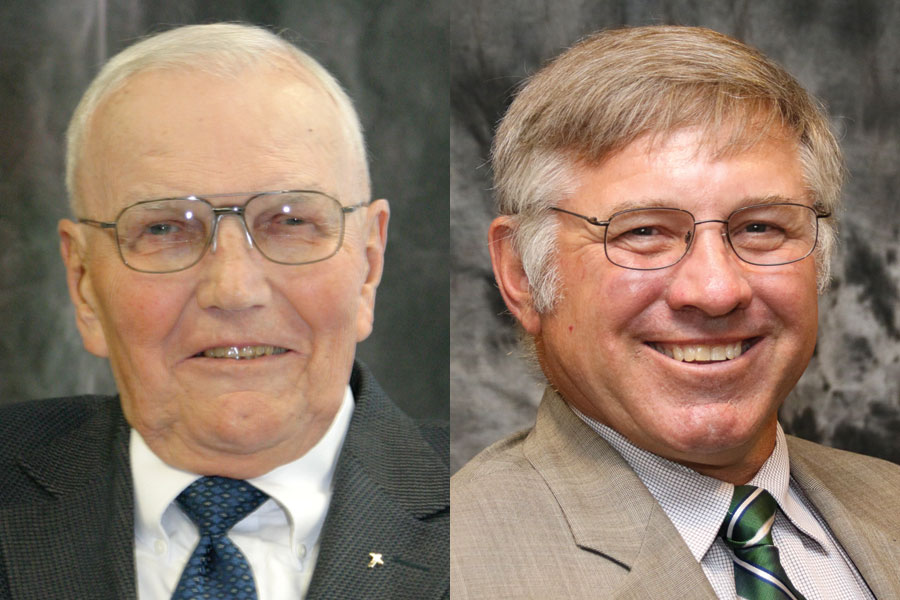 Delbert Mundt of Dieterich served on the board of Norris Electric Cooperative for 23 years and as president of the board from 1990-2000. He was also the Norris Electric representative on the board of the Association of Illinois Electric Cooperatives (AIEC) for 10 years, serving as board president from 1996-1998. Mundt may most be remembered for his work as founder and first president of EJ Water, Inc., the water cooperative located in Dietrich. Its water treatment plant was named in his honor. He was active in agricultural issues and on numerous boards.

G. Robert Inman II of Grand Chain served on the Southern Illinois Electric Cooperative (SIEC) board of directors for 25 years including as president. Inman represented SIEC on the board of the AIEC from 1999-2009, serving as board president from 2006-2008. He was a volunteer firefighter for more than 40 years and involved in an array of community organizations and projects.