Michael Hatfield never thought he liked mushrooms, but after a foraging trip with his college friends and future wife Jessica, that all changed. Hunting for the elusive morel, and tasting the buttery fried treats for the first time, opened his eyes to an experience that would transform his future.

While attending Southern Illinois University-Carbondale to pursue a forestry degree, Michael met others interested in foraging for morels and other southern Illinois varieties.

“Growing up, I didn’t think I liked mushrooms because it was always button mushrooms from the store,” Michael says. “I realized I liked morels. That piqued my interest and got me reading about other types of mushrooms that grow throughout the year down here [southern Illinois] – including oyster mushrooms and Lion’s Mane.”

Twelve years ago, after he and Jessica purchased their Makanda farm in Egyptian Electric Cooperative Association territory, they started putting in gardens, planting orchards and raising a variety of animals for their use. They named it Flyway Family Farm as a nod to the Crab Orchard Wildlife Refuge which borders the farm on two sides. The refuge is a large stopping ground for migrating waterfowl along the Mississippi Flyway. 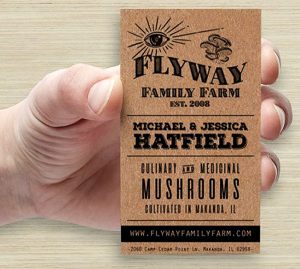 They forage for mushrooms on their land, and Michael met a fellow student who had a small farm and grew shiitake mushrooms on logs (mushrooms thrive off dead wood). He learned about the process and started experimenting with drilling and inoculating logs with shiitake plugs in wooded areas of their farm.

They initially began with a couple hundred logs, which increased to 500 and eventually 1,000. “At one time, we had several thousand inoculated logs and started trying to sell the shiitakes,” Michael explains. “We quickly realized it was difficult because so much was dependent on the climate and seasons. We either had an abundance of mushrooms or next to none. We were trying to get into farmers’ markets and stores but realized we needed a steady supply.”

The only way to guarantee a consistent quantity was growing mushrooms indoors. They researched indoor growing, began exploring options, established their first grow space and had enough success to keep them interested.

They built another space that lasted a couple of years, and in 2017, when they “finally felt they had the hang of it,” converted a farm outbuilding into their main growing facility. They now harvest between 400-500 pounds of mushrooms each week while working on an expansion.

Most weeks, Flyway Family Farm grows seven to 10 varieties, and over the course of a year, harvests almost 20 varieties. Top sellers include oyster, shiitake and chestnut.

According to Michael, they grow several varieties of oyster mushrooms in a wide range of colors. There is a blue-gray one and a white one but occasionally also grow brown, blue, golden yellow and pink. There is also the Black King, which has a marbled black and white cap.

Most people think mushrooms taste alike, but different varieties possess unique qualities. Some are meaty or have an earthy flavor, while others, like the oyster mushrooms, have a mild, buttery, sweet flavor to them. The Lion’s Mane, a white almost furry looking variety, has a seafood quality to it.

“There’s such a diversity of textures and flavors. After folks try them, they get hooked,” he says.

Michael explains that business started slowly due to the unfamiliar varieties they grow. People weren’t used to seeing them and didn’t know what to do with them. Now, the farm is seeing steady, consistent growth for their products – most years increasing 25-30 percent.

He attributes the growth to education. They do a lot of community outreach and visit garden clubs, do interviews and podcasts. Over the last several years, the internet has played a big part in that. “Groups from all ove r the world are teaching people how to grow mushrooms and showing them how to cook and eat them.”

Flyway Family Farm’s products are available in farmers’ markets in southern Illinois and the Champaign-Urbana area. They initially looked at going into St. Louis, but there were already several growers there. “If that niche is filled, it doesn’t make sense to go there,” says Michael. “We discovered Champaign has a large farmers market, and no one was selling mushrooms. It really became a stepping stone for us into that region. Being at the market led to working with chefs and stores and how we came to know the other farms.”

The farm provides mushrooms as add-ons to community-supported agriculture (CSA) shares offered by other farms. Farmers pool together their resources; one providing the bulk of vegetables and others providing eggs, meat, etc. It’s a win for everyone and gets their products known.

Flyway Family Farm products are also available at Neighborhood Co-op and Fresh Foods in the Carbondale area, Common Ground Co-op, Urbana, and several chefs use them in their restaurants.

One product that has gained popularity is their mushroom jerky. “It’s basically like a beef jerky but we make it with oyster mushrooms, providing a vegan or vegetarian option to typical jerky,” says Michael. “It’s become very popular and is hard to tell it’s not beef.”

A dream of Jessica’s is to host a mushroom festival. There are mushroom festivals around the country with demonstrations on preparing, growing, cooking and learning about the medicinal qualities. Experts lead foraging hikes to help participants collect and identify mushrooms – some are edible while others are poisonous or benign.

Last spring was supposed to mark the first Makanda Mushroom Fest, but after months of planning, it all fell apart due to the COVID-19 pandemic. This year, she plans to hold the event Oct. 1-3. She envisions a family-friendly event where attendees learn about mushrooms, go foraging with experts, and a variety of educational fun along with art and music.

For a list of places to find Flyway Family Farm products, information about mushroom CSAs and to stay updated on the Makanda Mushroom Fest, visit flywayfamilyfarm.com. For mushroom recipes, nutrition information and more visit The Mushroom Council at mushroomcouncil.com. 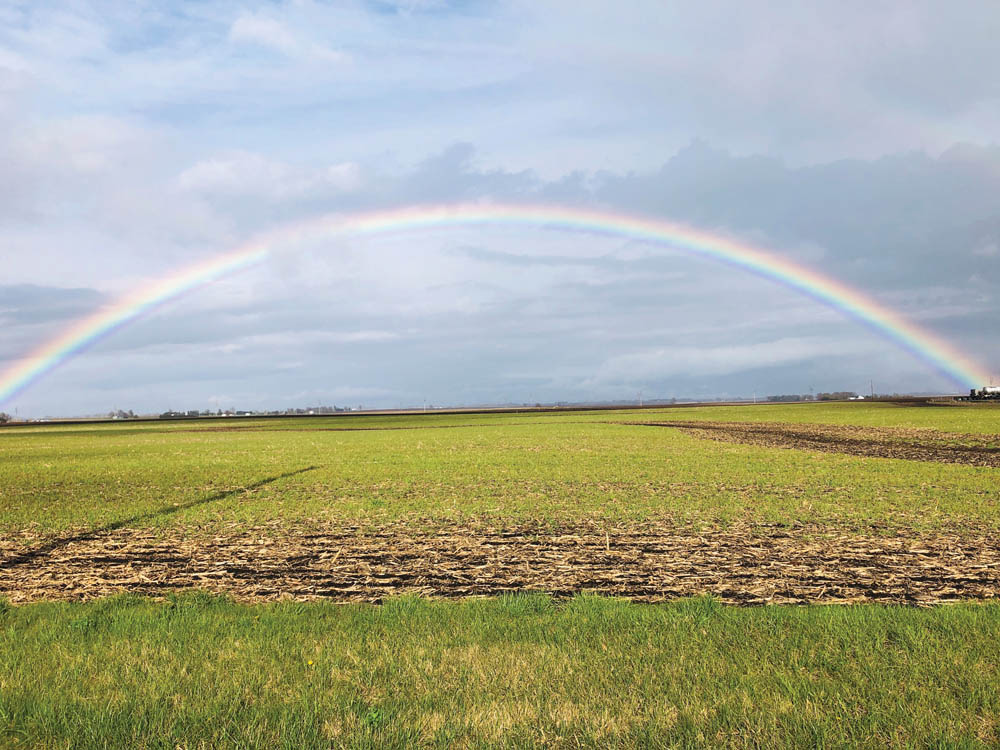 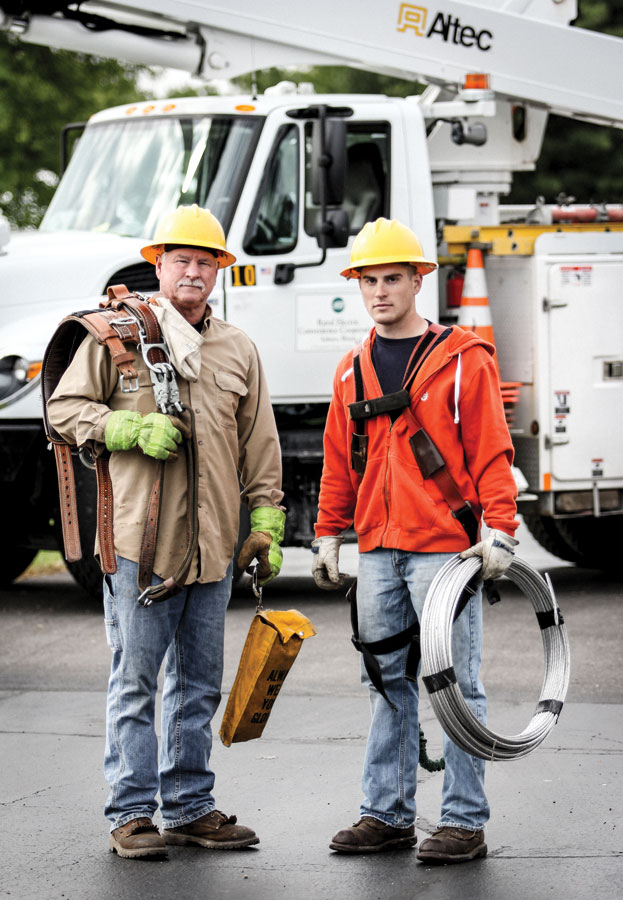