The case for FEMA reform 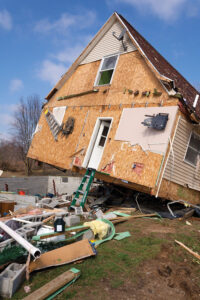 On Feb. 29, 2012, tornadoes swept across the Midwest and an EF4 ­tornado leveled much of Harrisburg, Ill., killing eight people and causing millions in damages. Kentucky and Indiana received federal assistance but Illinois was denied.

In the fall of 2013, a rare storm ­system ripped through Illinois ­uprooting trees, destroying homes, and devastating Gifford and Washington. Despite millions in damages, Illinois was again denied assistance by the Federal Emergency Management Agency (FEMA).

Just days after Christmas, flooding swept Central and Southern Illinois in 2015 taking the lives of 10 people and causing an estimated $15 million in damages throughout 21 counties. Federal assistance was once again denied.

These three disasters alone show our small towns have not been given fair consideration by FEMA. Just as other Americans, Illinois tax­payers ­contribute to the Disaster Relief Fund and should receive the same ­consideration when asking for help after a disaster. I’m fighting to make this happen.

For years, FEMA has relied ­heavily on an arbitrary, population-based ­formula to determine a state’s need for federal assistance. The magic number for Illinois is $18.1 million whereas Kentucky could be eligible for assistance after $6 million. We’ve seen our neighboring states, impacted by the same storms, qualify for federal assistance while Illinois ­communities are denied. This formula unfairly punishes small communities in highly ­populated states like Illinois.

During my first term in Congress, I introduced legislation to change this flawed formula. And this past February, the U.S. House of Representatives unanimously passed FEMA reform legislation that 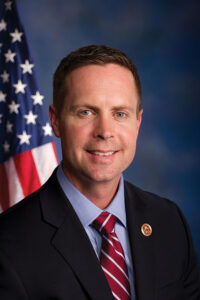 included my provision to make this process fairer. My provision ­simply requires FEMA to give greater ­consideration of the localized impact of a disaster, and rely less on this ­arbitrary formula.

This change is long overdue. I hope our senators in Illinois will urge their leaders to bring this important legis­lation for a vote before another disaster strikes. It’s time to give our small and rural communities the fair consideration they deserve.

Greek Chicken
Love is the mane thing
Filling the holes in memories
Questions and answers about your social security
Tricks to dividing and conquering spring chores
A home as a system
Don’t forget safety when considering the addition of solar
Which laptop should I buy?