Answers to hot and cold attics 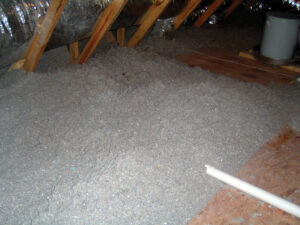 Just about all of us have felt the pain of receiving high summer utility bills. Yes, that includes the Doug Rye household.

I am still receiving lots of calls about hot attics. So, I am devoting a third column to that subject. I will use examples of the callers’ questions and my responses to those questions in the hope that it will answer your questions.

In almost every hot attic conversation, we talk about insulation. As you probably already know, we nearly always recommend either ­cellulose or foam insulation. We feel that cellulose is the “greenest” insulation of the two and is usually lower in price. However, in many cases, foam is easier to install and can be the best answer to the problem. Almost every person asks about foam, so let me give you a short history of it.

As best as I can determine, a German chemist named Otto Bayer invented a type of foam in the late 1930s. It was then introduced in the United States in the 1940s and used primarily for military and aviation purposes. When the idea of super-insulated houses was introduced in the 1970s, the interest in foam increased and several different types came to the marketplace. One type contained formaldehyde and had a problem of shrinking, which led to the banning of that particular product. It seemed to me that the interest in foam insulation really dropped off for a couple of years and then re-emerged rather rapidly in the 1980s. It was about then that I started teaching folks about energy efficiency, and common sense told me that ductwork in a hot or cold attic was a major energy problem.

Let me give you three examples of calls from folks concerned about their hot attics. Rita called from Oklahoma. I always ask these questions about the house: Where is it located? What is the house size? How big is the attic? How much and what type of ceiling insulation is there now? Where is the ductwork located? How much was your last electric bill? And why are you concerned about the temperature of the attic?

Rita told me that she lived in Enid, Okla., had a 1,200 square-foot one-story house with ductwork located in the attic and six inches of batt ­insulation. She told me her last electric bill was about $180 and she had floored most of the attic, which she used for storage. Well, this was an easy one to answer. Rita should hire a ­qualified foam contractor to spray about six inches of foam on the entire attic roof decking and gable ends. In other words, totally encapsulate the attic, which includes eliminating all attic ­ventilation. By doing this one thing, it would solve several problems. The ductwork, which includes the ­leakage, is now in the conditioned space of the house. The storage space is now ­comfortable. There is more insulation and the utility bills will be lower. You see, what used to be an attic is now just an odd-shaped room above the ceiling.

My favorite type of call is like the one from Albert, who has retired in Bella Vista, Ark. His one-story 1,400 square-foot house has ductwork in the sealed crawlspace, 13 inches of blown cellulose insulation in the attic, and his last electric bill was $83. Again, it was a simple solution. I asked Albert if he had any hobbies. He said that he played golf. I told him to go play golf and quit worrying about energy ­efficiency. We both laughed.

Folks, these solutions are also the answers for a cold attic.

Doug Rye can be heard on several dif­ferent Illinois radio stations. You can go to Doug Rye’s Web site at www.dougrye.com, e-mail him at info@philliprye.com, or call 501-653-7931.