From hot attics to frost 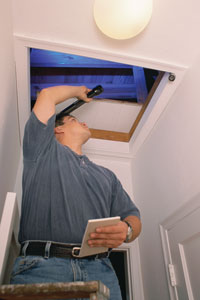 Yippee. It is fall, school is in full swing, football is being played, the leaves are changing to beautiful colors and attics are no longer super-hot. And, yes, the utility bills will be lower because little, if any, heating or cooling is needed in October.

If you want to know about what it costs to cool your house on one of those hot summer months like August, simply subtract a low fall bill, like October’s, from the August bill. For example: August $275 minus October $165 = $110 for August cooling. This is just an estimate but works fairly well for most houses because the lowest usage in the fall or the lowest usage in the spring is the amount that we consider the base usage of the house. Additional usage would usually be related to heating or cooling.

It is amazing to me that we are still receiving calls from folks that read the previous three hot attic columns. I am convinced that we have helped many of you find the solution to the problems that a hot attic can cause. And may I remind you that helping you, the readers, is what this column is all about.

A gentleman recently called me and was very concerned about his high summer electric bills. I asked him all of my usual questions about his house and, based on his answers, agreed that he needed help.

Because no two existing houses are exactly the same when considering energy efficiency, I suggested he have a qualified energy auditor perform a detailed energy assessment of his house. Much to my surprise, he told me that he had an audit performed in 1996. Let’s see now, 2013 – 1996 = 17 years ago. Yes, that’s 17 years ago.

I asked him if he still had a copy of the audit. He told me that he had it right at his fingertips. I asked him lots of questions about the audit. I learned the audit was performed by a company I considered to be totally qualified to test a house. I learned that the house, when tested, had an air leakage rating of .77 natural air changes per hour. Oh my lands, I thought. This house is what we call a 77 percent leaker. For those of you that read this column regularly, you know that 77 percent leakage is not good. A house built to our suggested standards has a leakage rate of about 20 percent, which has proven through the years to be about perfect.

Based on the audit report, the air infiltration was coming from many sources, such as recessed lights, wood trim, lack of door weather-stripping, attic access panels and serious ductwork problems, such as panned floor joists for the return air system. The report also mentioned a serious lack of attic insulation.

Folks, while this may sound terrible, this is fairly typical for many older houses.

At one point during our conversation, he said to me, “The problems are probably about the same as they were then, because we have not made any of the suggested improvements.”

I actually felt sad for this family at that moment because I was certain they had been paying higher than necessary utility bills for at least 17 years. The reason I tell you this story is because the audit report also gave the family a price quote to fix all of the problems.

Although they wished they had made the improvements many years ago, they bit the bullet and hired a company to make the improvements. The extra money they spent on higher utility bills in 17 years would have more than paid for those improvements and their house would have been far more comfortable. So, I always say, the sooner you fix the problems, the better.

If your utility bills are higher than they should be, I suggest that you also obtain a comprehensive energy audit from a credentialed expert. If you are a member of an electric co-op, you can call the member services department for assistance. For dozens of energy saving tips and solutions, visit www.SmartEnergyTips.org or your local electric co-op’s website.

See you in November when there just might be frost on the pumpkins.