Nicholas Reckmeyer had his first experience with cardio­pulmonary resus­citation (CPR) as a child when he was saved from drowning in a neighbor­hood pool. Thirty-three years later, the co-op lineman saved a life with CPR.

Reckmeyer, 35, a Northern Virginia Electric Cooperative journeyman line technician, was driving through Springfield, Va., with his family on June 17, when he saw a man on the ground near a vehicle.

“He was bleeding and a woman was holding him,” said Reckmeyer, who ­immediately parked and went to help.

“I rushed over and asked if anyone had called 911,” he said. “They had not, so I pulled out my cell phone.”

Trained in first aid and CPR, Reckmeyer quickly evaluated the man’s condition and determined he had no pulse and was not breathing.

“I had the woman lay the man’s head flat,” Reckmeyer explained. “I checked his airway and then began CPR chest ­compressions. After about a minute of CPR, he began gasping and the young woman started yelling that he was breathing.”

That made Reckmeyer even more concerned. His co-op’s first aid ­training taught him that gasping is a sign of cardiac arrest.

“After three minutes of chest ­compressions, I was getting tired and worried that he was not going to make it.”

He briefly allowed a pedestrian to take over CPR while he checked the injured man’s breathing and pulse.

“He still had nothing,” Reckmeyer recalled, noting that he returned to administering CPR. “After another 30 compressions, the young man started coughing and moaning. I checked his pulse. He had a faint heartbeat and I could see his chest rising and falling with his breathing.

”That’s when paramedics arrived and took over,” said Reckmeyer, who remained nearby to tell authorities what he knew about the incident. “As I was walking back to the van, I saw the man sitting up on the stretcher in the ambulance,” he said.

Stan Feuerberg, the Virginia co-op’s president and CEO, said such ­training for the co-op’s line tech­nicians is ­critical to their safety, both on the job and off.

“They must be mentally sharp and physically tough to work around energized lines,” Feuerberg said. “As Nick proved, they need to know exactly what to do when it really matters.”

Electric current of just 100 to 200 milliamps can cause cardiac arrest due to the electrical effect on the heart, and you don’t have to work around power lines to be at risk. For example, a Maine teen had to begin CPR on his mother, 45-year-old Gidget Walsh, when it appeared she had stopped breathing. She had been using a jigsaw to make Christmas ­decorations. Investigators believe a loose connection between two power cords came into ­contact with the metal chair she was using.

If you come upon someone who may have suffered an electrical shock, do not touch the person. He or she may still be in contact with the source and may be energized. If there is water involved, do not get in the water. Make sure to call 911 and the electric utility immediately.

If it can be done safely, turn off the electricity at the source (the circuit breaker or breaker box). Otherwise, wait for the help of emergency responders. Once the source of elec­tricity is off, then it is okay to check for vital signs. However, do not move a person with an electrical injury unless he or she is in immediate danger.

More than 326,000 people in the U.S. suffer out-of-hospital cardiac arrests each year. More lives could be saved if more of us took the time to learn CPR. Do you know how? Find out more by going to www.redcross.org.

For our farms, freedom, food and jobs 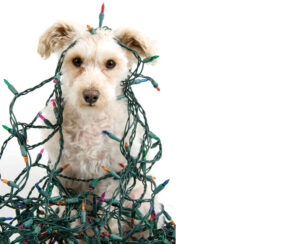 A cord is not a chew toy 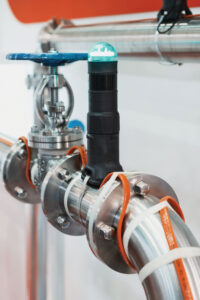