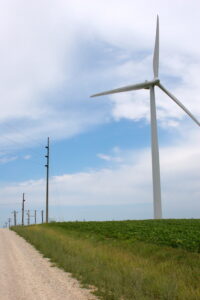 The National 25×25 Alliance commends the Senate on its passage of a Farm Bill yesterday by a 64-35 margin that includes $800 million in mandatory funding for Energy Title programs. Not only did the final vote represent an important victory for rural renewable energy supporters, the overwhelming opposition to amendments that would have stripped away vital funding from energy programs helped to once again demonstrate the widespread and bipartisan support these programs enjoy.

With the approval of the Senate bill, the 25×25 Alliance will be working to build support for renewable energy programs in the Farm Bill that the House Agriculture Committee will begin marking up after returning from recess on July 11th. Although it seems that gaining support for funding for the Energy Title programs will be more difficult in the House, there has been some important progress made recently with the release of a Dear Colleague letter signed by 7 Democrats and 5 Republicans calling for renewal of Energy Title programs.

In addition, a “marker bill” was introduced that would offer nearly $1.3 billion in mandatory funding and $1.4 billion in discretionary funding to Energy Title programs over the five-year life of the Farm Bill, fiscal 2013-2017.

In passing a Farm Bill with mandatory funding for rural energy programs, the Senate has reaffirmed our nation’s commitment to the crucial job creation, national security, and environmental benefits that these programs provide.

The National Rural Electric Cooperative Association (NRECA) is committed to a roadmap for increasing the development of domestic renewable energy options under the 25×25 Action Plan. This plan charts a course to meet an ambitious goal: using renewable energy to meet 25 percent of the nation’s total energy needs by the year 2025.