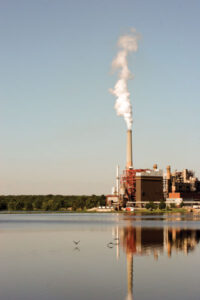 A bill strongly endorsed by electric cooperatives that regulates coal ash under a new state-run program has sailed through the House of Representatives and is on its way to the Senate.

For the first time, the bill sets a uniform national standard for ­disposal. The bipartisan vote shows the level of strong support for dealing with the issue.

The national standard will provide much-needed certainty for electric utilities and ensure that the reuse of coal combustion residuals will continue benefiting our economy.

In May 2010, the Environmental Protection Agency proposed ­regulating coal ash for the first time under federal hazardous waste ­standards. Electric co-ops and other groups maintained that would unneces­sarily drive up compliance costs and thwart the beneficial use of recycled coal ash in construction materials.

Approximately 45 percent of coal ash residuals are used in ­gypsum ­wallboard, concrete and other applications.

The legislation gives states, instead of EPA, primary responsibility for regulating coal ash impoundments in accordance with some federal guidelines.
Contrary to most environmental legislation that has cleared the House, the Obama administration did not issue a veto threat.

Leonard Hopkins, the Fuel Procurement and Compliance Manager of Southern Illinois Power Cooperative, testified before the House Energy and Commerce Subcommittee on Environment and the Economy on the coal ash issue. He said coal ash from the co-op’s generating plant has been used for more than 20 years in making roof shingles, abrasive products, cement, fertilizer and for mine ­reclamation. Designating coal ash as a hazardous waste, as the EPA proposed, would have cost the co-op $11 million per year, or about 25 percent of the ­co-op’s current fuel bill.