Earthquakes can happen anywhere in the world and at any time of day. In fact, records indicate Illinois and several other states in the central U.S. were rocked by some of the largest earthquakes ever measured in North America.

Illinois is flanked on its western and eastern borders by two active seismic zones – the New Madrid and the Wabash Valley Seismic Zones. 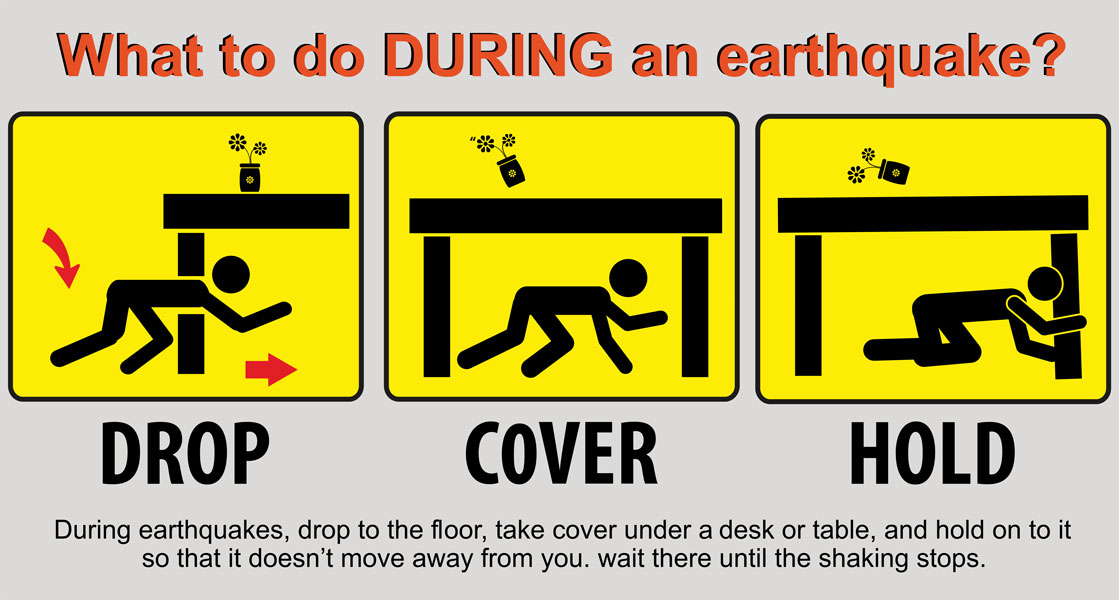 Learning how to “Drop, Cover and Hold On” can help people prevent injury during an earthquake. The phrase reminds people to drop down to the floor, take cover under a sturdy desk, table or other furniture, and hold on to that object and be prepared to move with it until the shaking ends. Most casualties result from falling objects and debris caused by the earth shaking.

There are several steps people can take to help prevent injuries and property damage at home, including:

Learn more about how you can prepare your home, business and family for an earthquake at www.Ready.Illinois.gov.