Is the doctor in?

Many of the ingredients of rural life that make country living so appealing — things like wide open spaces, sparse populations and simple living — often can work against us when it comes time to seek medical care. It’s a paradox of rural life. We like “being away from it all,” but unfortunately that also means being far from physicians, hospitals and other health care facilities.

“To an urban resident, these scenarios may be unimaginable but for the majority of counties in Illinois, these are an everyday reality for rural residents,” explains Margaret Vaughn, executive director of the Illinois Rural Health Association. “Imagine you are in an accident and you have to wait 30 minutes for an ambulance. Imagine further that there is only one ambulance for your entire county. Imagine if your hospital did not have an obstetrician.”

In much of Illinois’ rural areas these situations are not imaginary, they are realities. Vaughn’s association reports that even though 25 percent of Illinois’ population lives in rural areas, those same regions are supported by just 10 percent of the state’s physicians.

“There are many challenges,” says Rex Budde, CEO of Southern Illinois Healthcare, a Carbondale-based regional health care company that serves 16 counties. “The challenges are economic because of the Medicaid burden and changes in the program, and there are access challenges that simply come from geography.”

Budde says that recent expansion of Medicaid to cover more patients is taxing to providers.

“Our Medicaid percentage has jumped significantly and we have a large segment of no-pay patients,” he adds. “That makes for a challenge: we have to be able to generate enough profit to take care of all of these people. It’s a real balancing act.”

“I would say one of the challenges confronting many small towns is reimbursement rates and the slowness of being reimbursed from the government,” he remarks.

Merrett says that revenue for rural providers is often significantly lower than that of their urban counterparts, but many of the expenses are the same or higher.

“Issues include the movement to electronic medical records. That’s a big expense. In the long term, there is efficiency, more transferability and fewer errors, but it is an enormous up-front expense that many rural facilities struggle with,” he says.

Just having health care providers or facilities in rural communities is expensive.

“A physician is expensive and so is a mid-level provider,” Budde adds. “When you have all of the other economic pressures, there is a balancing point as to how much care you can provide and where you can provide it.”

Financial pressures have led to a reduction in care facilities in rural parts of Illinois, meaning many residents are further from care givers.

“Only about a dozen critical access hospitals in rural Illinois offer obstetrics,” Vaughn points out. “You might have to travel two hours to see an obstetrician. It’s all inter-related. For obstetrics, the insurance is so expensive for hospitals and it’s not like some specialties where you can get by with just having one doctor; you have to have several. You can’t just have one on-call 24 hours a day, seven days a week. It’s very problematic.”

Budde adds, “You’d like to have services as close to the population centers as you can, but in areas like southern Illinois, a population center may be a community with just a few hundred people.” Transportation can be an additional issue, especially for those in lower income brackets. “If people can’t get services locally, it can be very difficult to travel any distance. Sometimes people have to choose between having enough money for food and putting gas in the car to drive a loved one for health care services. A lot of us are trying to expand many of our services so that people can get care locally, but it’s really expensive to do that.”

Budde says traveling for care or services can be intimidating all on its own, adding that studies have shown better outcomes when patients are treated close to home. Additionally, for some rural residents, traveling to communities such as Rockford, Peoria, Carbondale or Champaign for care can be as unnerving as trips to Chicago or St. Louis.

The days of the small town or country doctor may be waning. One of the biggest problems is luring physicians to serve rural areas.

“It’s hard to recruit back to the rural areas and keep physicians,” explains Robin Rose, chief operating officer for Gibson Area Hospital and Health Services in Ford County’s Gibson City. “There are not enough primary care physicians — just not enough doctors. It’s the wave of the future and it is a challenge.”

It takes a conscious effort to bring physicians to smaller communities.

“We have to be very competitive with what we pay the physicians and we have to be very selective,” Budde explains. “We have to make sure we’re bringing in people who want to be in more rural areas. We look at potential physicians and if they’ve grown up or were educated in New York City or Boston or Los Angeles or their spouse has, we have to be careful because there’s a good possibility they won’t stick. We don’t want to bring someone in and lose them after a couple of years. It’s a big investment on our part and you want their life to work right, too.”

To help combat the shortage, the University of Illinois College of Medicine at Rockford established the Rural Medical Education Program in 1993 to specifically train physicians to practice in rural areas. The program has graduated nearly 300 students since its inception.

Rose says her hospital is trying to build relationships with future doctors early in their programs of study to help entice them to practice in rural areas. She’s working with students in other medically-related programs as well.

“We try to encourage high school kids to go into health programs. There is a shortage of everything and you have to build the infrastructure,” she explains. “We have to start working on it now and grow our own.”

Another issue facing rural areas is changing demographics. “The more rural the county, the higher the average age,” Merrett adds. “You have a ‘grayer’ population and that means there is a very certain set of medical needs that includes assisted living centers, doctors that specialize in geriatrics and access to prescriptions.”

“We have an aging rural population with more needs,” Vaughn adds.

The diagnosis for rural health care is not all gloom-and-doom. Health care leaders, however, say that providing quality medical services to rural Illinois will require some new prescriptions. One new approach is telemedicine. This system, as described by the Illinois Rural Health Association (IRHA), provides access to care through two-way, real time interactive communication between a patient and a health care professional at a distant site. Similar to video conferencing over high-speed Internet connections, telemedicine is especially effective in psychiatry, dermatology, hematology and other specialties.

“I think that telemedicine will expand significantly,” Budde says. “We’ve already started it in our stroke network and we are absolutely saving lives because of it. Doctors and patients do not have to be in the same room. They can still have visual contact and communicate. It’s proven to be an effective tool.”

Vaughn adds it is a little more challenging to get older patients to “buy in” to telemedicine, but “if they are open to that, it works well for many specialties and it doesn’t require a trip to St. Louis or Chicago.”

Programs like Gibson Area’s that work to recruit area young people into medicine and allied careers are another answer. Vaughn says the IRHA is providing scholarships to students who study medical billing and record coding. Increased efforts by programs such as the Rural Medical Education program and newer rural pharmacy and rural nursing initiatives will be important as well. Telepharmacy programs where pharmacy technicians in underserved areas dispense medication under the direction of remote pharmacists show promise, Merrett explains.

“You have to have partnerships with larger providers in metro areas,” he adds. “These are critical if you are serious about making life easier for people who live in your region.

On the other hand, preventative medicine efforts of rural health clinics and county health departments are equally important. “They are a great resource for us and for their regions in the wellness, prevention and check-up type of services as well as in follow-up care.”

Merrett says cooperation will be key to fixing what ails rural health care.

Rose adds, “Solutions won’t happen as quickly as we’d like, but it will happen if we all pull together.” 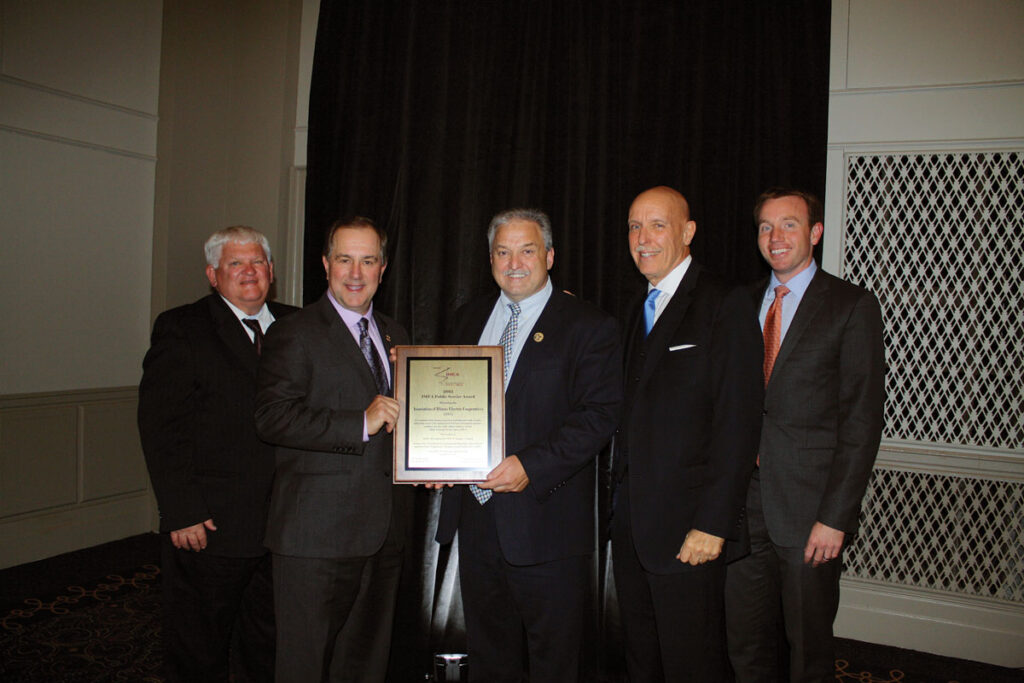 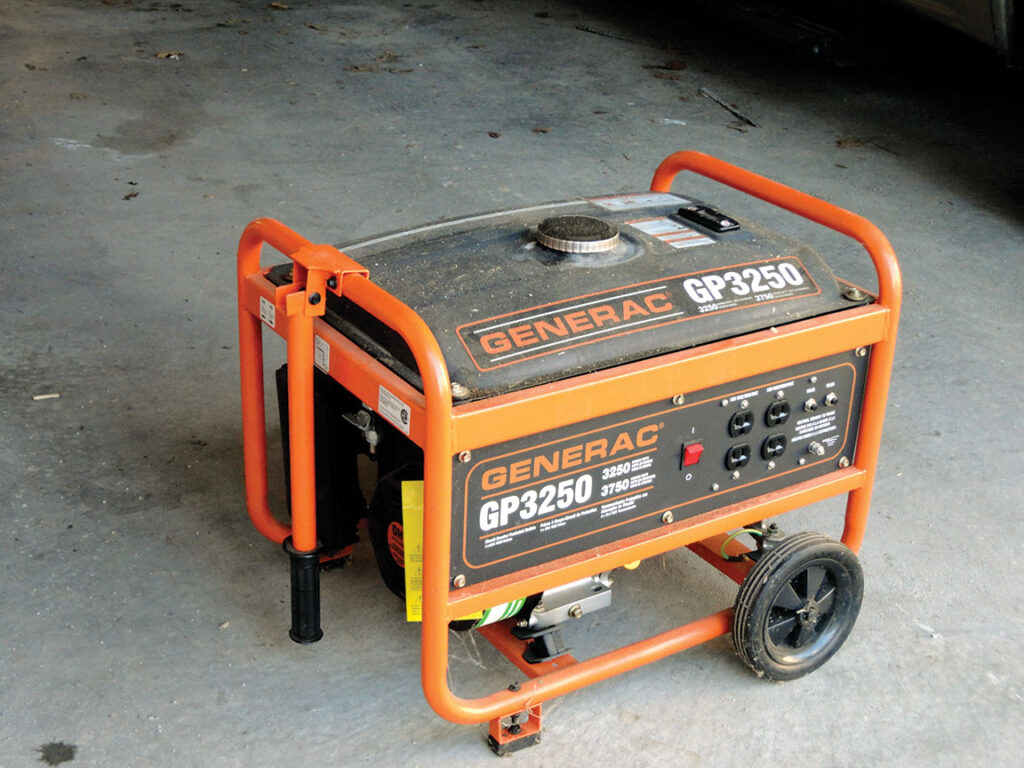 Don’t get left out in the cold