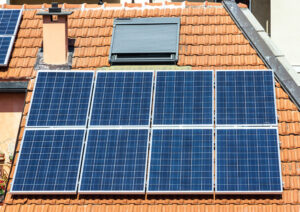 Energiewende, German for energy transition, is the move by Germany to an energy portfolio dominated by renewable energy, energy efficiency and sustainable ­development. The final goal is the abolition of coal and other non-renewable energy sources.

While many would applaud Germany’s goals, others would say it is an example of what not to do with a nation’s energy policy. It was an ambitious agenda and the German’s main mistake may have been trying to do too much too fast. The results — expensive unintended consequences.

With very generous subsidies, German solar power expanded rapidly to seven percent of capacity. However, due to a drastic mandate nuclear plants were decommissioned.

These changes have resulted in a doubling of electric rates, while at the same time German utilities have lost half of their market ­capitalization. The most ironic unintended consequence is carbon emissions have been driven up since Germany has had to rely more on its coal resources to meet demand.

The lesson is that energy policymakers need to take an integrated, system-wide planning approach that includes a healthy dose of collaboration between ­policymakers, ­regulators, utilities and even consumers who own ­distributed generation like solar. The long-term impact has to be carefully considered and changes need to be made at a reasonable and affordable pace.

As the U.S. debates the latest EPA proposed rules on carbon dioxide emissions and the impact on coal plants, it is critical that electric co-op members become more involved. You can do that very easily by going to Action.coop to voice your opinion.