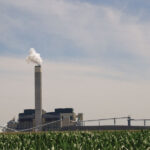 Unit 1 of the Prairie State Generating Company’s (PSGC) 1600-megawatt power plant went live on June 6, coming under the control of PSGC, a significant milestone in the process of completing the largest coal-fueled power plant to be built in the United States since 1982. The power produced by PSGC will now be scheduled and sold on the power markets by the PSGC owners for the benefit of municipal and electric cooperative retail customers throughout the eight states in PSGC’s footprint. Unit 2 is expected to move into commercial operations in late 2012.

PSGC’s journey to produce power with Illinois Basin coal began in the early 2000s, a vision of Peabody Energy leadership and public power agencies with a desire to use domestic energy resources to provide stable and competitively priced power for their customers. Designed as the model for the next generation of coal-fueled power plants in the United States, PSGC is a coal mine and a 1600-megawatt power plant built together on the same campus, ­generating wholesale, base load electrical power for its nine owners. 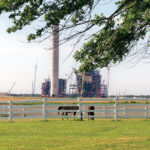 Prairie State is unique in that it is owned by public power agencies who are operated by local government boards and member-owned electric cooperatives that are providing communities and rural areas with reliable, not-for-profit electric service. In total these consumer-owned ­utilities investing in Prairie State provide electricity to 2.5 million families each year.

The decision by the owners in 2007 to begin construction of the PSGC was based on sound long-term ­forecasts showing electricity costs from PSGC would be very com­petitive with other fuels, such as nuclear and natural gas, over the anticipated 30 plus year life of the facility, which remains the case today, even with some operating delays. Additionally, coal-fueled electricity prices remain stable and reliable compared with the historic volatility of natural gas prices. Prairie State’s public power owners and Peabody Energy continue to provide their customer- owners with a safe, environmentally sound, reliable, and cost-competitive electricity resource for decades to come. Final completion of the power plant is scheduled for 2013.

SIPC Board Chairman Richard Liefer said, “We had all heard and talked about Prairie State since 2001, but really did not seriously consider investing until five years ago. This investment in Prairie State’s future is once again leading the charge for growth of our co-op, just like the addition of our Unit 4 at Lake of Egypt in 1978, and the upgrades and construction in 2003.”

PPI President and CEO Jay Bartlett said, “We are now part ­owners of the most advanced coal plant in the United States and ­probably the world. We have a plant that is more efficient than almost anything on the grid. We are also proud of our investment in Pioneer Trail Wind Farm. Together with SIPC and Wabash Valley Power Cooperative, our purchase of 40 megawatts, of a 150-megawatt wind farm will have a fantastic economic impact on the rural area of Ford County and eastern Illinois. It will also be great diver­sification for our power portfolio.”

While PPI invested in both new coal and wind generation it had to shut down an older small coal-fired generation plant at Pearl, Ill. Bartlett said, “We wanted to convert it to biomass and it was the perfect size for that project, but it is out of the money.”

ACES Power Marketing is a risk management and power marketing cooperative that serves 19 member cooperatives across the U.S. including both SIPC and PPI. David Tudor, President and CEO of ACES Power Marketing, said, “My advice to power cooperatives is portfolio diversity and patience. You are in a really good position. Be patient. The trouble I see brewing is in transmission and grid support. A lot of old plants are being retired and that also creates transmission issues. And wind energy is stuck in the Dakotas and it is very difficult to build transmission.”

Bartlett said Prairie State would help the co-op provide long term rate stability. “This plant has a long-term coal supply being mined on the same site. We own the coal and will not be subjected to market-based rates for coal.”

Natural gas prices have been at historic lows and dramatically impacting the market price of power. But Bartlett says natural gas is also traditionally the most price volatile generating fuel. It is most often used for peak demand periods and not for base load generation. Natural gas generation will help make increased development of wind and solar ­generation feasible, by filling in the gaps when the wind doesn’t blow and sun doesn’t shine.

To put things in perspective Bartlett says, “Natural gas prices are dropping now because we have found new gas ­supplies. If you could run your car on natural gas compared to gasoline it would be like 88¢ a gallon. If you made the same comparison using the cost of coal and the new Prairie State plant it would be half of that.”

Bartlett is optimistic about our energy future and what it could mean for our economy. He says, “We are fortunate in the United States that we have this new found natural gas ­supply. We are basically now the Middle East of natural gas. And there is more energy in the coal we have in Illinois alone than there is energy in the oil in Saudi Arabia. Between affordable coal and natural gas we have some tremendous advantages in the United States. We are really blessed. Our cost of energy is going to go down and be very stable. The future looks really bright.”