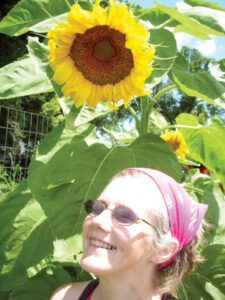 When Lisa Braddock, creator of the Sunshine Harvest Sharing Project, over-planted her garden in the fall of ’09, she “really didn’t know what to do, there were squash everywhere.” That is when she started thinking about a project to help get extra food from local farmers and gardeners to the kitchens and food banks.

The first thing that came to her was to take the produce to a local soup kitchen at the TIMES Center in Champaign. But she was shy and worried that she wouldn’t have enough to give, so she sat on the idea for a while longer, until 2011 when she met Cheryl Preschious at the Eastern Illinois Food Bank. When Preschious told Braddock that the demand for food is too great to be met at the kitchens and food banks, Braddock said, “that’s all I needed to know.”

Braddock wanted to help these organizations get as much help from community growers as possible and it was important to her that, “the agencies didn’t have to lift a finger,” so she created the Sunshine Harvest Sharing Project in the form of a website that would connect local growers to the agencies and organizations in need. Currently the Sunshine Harvest Sharing Project website covers three different areas, Champaign-Urbana, Harrisburg/Southern Ill., and Moab, Utah, with about 35 or more different food banks and kitchens in total.

Because every organization’s needs are different, Braddock first created surveys for the food pantries and kitchens to see what they needed. Some just want veggies, some want herbs and so on. The organizations tell Braddock what they need and how and when they need it, and Braddock organizes the information on her website for the donators for optimal convenience for everyone involved. Braddock says, “If it doesn’t enhance what they are doing, then it’s not gonna work.”

After the program got its start in 2011, Jenn Omer-Knierim of the TIMES Center says she started seeing a large increase in donations and the diversity of the donations. Omer-Knierim says of the program, “It’s great. A lot of people love to grow and have gardens.” And for the many people that visit the TIMES Center, she says, “It’s nice to give them a different variety.”

The Sunshine Harvest Sharing Project website, www.sunshineharvestsharing.wordpress.com, is easy to navigate and informative. Each listing under the area directories features a wealth of information about each organization: contacts, specific types of food that are accepted, dates and times for donations, and other ways to help. Also, the bottom of every page features a reply section for easy feedback to let people know that it’s working and to keep everyone updated. 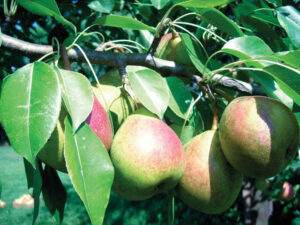 Braddock says the Eastern Illinois Food Bank covers 14 counties and one of her goals is to list all of them on her website. She also has plans for a “community gardens page” to bring people together and make gardening more accessible for individuals who do not have their own gardens or those who want to learn. She says a coalition of community gardens will increase the chance for success when applying for grants and bring communities together for a more successful effort in the fight against hunger.

The website also features a tips section that helps to ensure that donators are preparing and delivering produce correctly. The section explains simple things to think about after crops are harvested and are ready to be donated, such as calling ahead to confirm appropriate times for delivery, packaging produce and labeling them properly, and what kind of condition goods should be in for donation.

Also, Braddock thinks that by donating and bringing goods to local organizations, people will see what is going on at these places and hopefully get involved in more ways than just donations. So it is good for everyone in the end.

Braddock is always looking to add more organizations to the website, so she welcomes everyone to let her know about the organizations in their area that may want to be a part of the project. 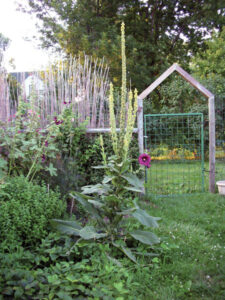 Similar to Braddock’s efforts of supplying food to organizations in need, the Howard G. Buffett Foundation, Feeding America, and ADM introduced in April of 2012 a program called “Invest An Acre.” The program offers farmers a chance to help their neighbors and community by investing a portion of the proceeds from one acre or more of their harvest to Feeding America, a domestic hunger-relief charity that is dedicated to fighting to end hunger in America.

The proceeds from the sale of the harvest are issued to Feeding America and then 100 percent of the contribution is distributed to the donator’s local food bank. According to the website, www.investanacre.org, on average, a bushel of corn can help to secure 18 meals and a bushel of soybeans can help to secure up to 40 meals.

Both of these programs are an excellent way to get food to rural areas that are struggling and get rural communities involved in helping their neighbors. In an April 2012 press release, Vicki Escarra, president and CEO of Feeding America, said, “It is a paradox that our nation’s farmers literally feed the world, yet people are going hungry in America. Invest An Acre will raise dollars that will go back into communities” and “generate awareness of domestic hunger among both the general public and U.S farmers, who are in a unique position to help our efforts.”