leader with a servant's heart

In a room of some 6,000 meeting attendees you can hear a pin drop. Every eye is on the man at the podium. There’s something captivating about his message delivery. His preparation, knowledge of the topic and sincerity clearly demonstrate that he is worthy of your attention.

Phil Carson’s experience as a farmer, pastor and leader in many organizations has prepared him for the challenges he’ll face as the National Rural Electric Cooperative Association’s (NRECA) newest board president.

Raised on a 200-head dairy farm in rural Oakdale, Ill., Carson’s work ethic was instilled early. Dairy cows were milked on the family farm, known as “the Old Sloan Place,” from 1846 to 2001. Of those cows, 100 were hand-milked. Carson explains, “I have great memories as a boy growing up, and would not have wanted it any other way, but it was a lot of work. A lot of times I couldn’t go and do what some of my friends were doing. I was home bailing hay, or something like that.” But hard work was also a family value. It’s a value he and his wife Joyce carried into their marriage and passed down to their daughter Katie Carson Geis, a teacher in Cape Girardeau, Mo.

“Phil truly represents the fabric of rural America. Raised on a farm from a small-town setting,” explains Association of Illinois Electric Cooperative (AIEC) President/CEO Duane Noland, “he has lived the issues of many of our members. He’s very compassionate, and wants to give back to his community and make this world a better place.”

Former AIEC Vice President of Government Relations Don Wood says, “One of the great pleasures of my co-op career was to work closely with Phil. He is a very conscientious and capable individual. No one has more integrity, or is more gracious. It’s an honor to count him and Joyce as friends.”

Carson received an associate’s degree from Kaskaskia College, earned an agricultural degree with emphasis in economics from Southern Illinois University-Carbondale, and went on to complete a master of arts degree in Biblical Studies at Covenant Theological Seminary in St. Louis. Once the schoolwork was complete, he returned to the family farm fulltime until he turned 50.

His leadership skills were initially honed through agricultural groups such as 4-H. “My dad was the local leader and my mom assisted. So, I got my first rudimentary understanding of how a meeting is conducted, and that you need a chairman, or someone to lead the group,” explains Carson.

Leadership roles quickly opened to him in organizations such as Future Farmers of America, Farm Service Supply Cooperative, and his local county Farm Bureau board. Carson continues to serve on boards for Tri-County Electric Cooperative, Egyptian Telephone Cooperative, Southern Illinois Power Cooperative and the AIEC.

On the national level, he serves on the board of National Rural Utilities Cooperative Finance Corporation (CFC), and has been a member of the NRECA board since 2006. NRECA’s outgoing President Mel Coleman says, “When Phil came on the board, I could immediately tell that he displayed the characteristics of a true leader. I knew he was going to be the future leader of NRECA.”

Although he has continuously served in these types of roles, another leadership role, pastoring, has always been in his blood. “I like to say I had a drug problem,” Carson says with a smile. “I was drug to church every Sunday. My mom and dad felt very strongly about that, so I came to love the word of the Lord early.” He became a church elder at 23, and began teaching Sunday school and “filling pulpits” at churches that needed a temporary pastor.

Around 11 years ago, Carson became the temporary pastor at the First Presbyterian Church in Nashville. Elder, and longtime friend, Rod Ibendahl says, “We have not been actively looking for a pastor for the past nine years. God sent him to us, and I think there’s a reason for everything. Phil’s supposed to be here.”

Since Carson arrived, the church’s modest membership has increased. Sunday School classes for both children and adults have been added, and more young people have been drawn to the church. Ibendahl admires Carson for his ability to prepare and deliver first-rate, engaging sermons. “Phil has the ability to take a few Bible verses, and come up with a sermon. His sermons are a work of art.”

And this level of preparation has served Carson well in every aspect of his life. He says, “That’s something I’ve always been taught. Whatever you do, try to cross every ‘T’ and dot every ‘I’ before you step out there.”

Noland says, “Phil is conscientious, very prepared, does his homework and is always ready to engage in a topic. Regardless of the committee or issue, he comes prepared. If he is chairing the committee, he will call in advance, and not only wants to go over the agenda, but wants to better understand why we’re taking the positions we’re taking – why we’re engaged.”

“Phil is very serious, very studious and probably understands more than anyone I know about the subject matter,” says Coleman. “Phil takes notes no one else can hold a candle to. You can ask Phil about a conference call we had in June 2015, and he can pull out a page full of notes he took from that call.”

Carson’s underlying strong faith has also carried him through difficult times. Ibendahl says that virtue has been invaluable to the church. “We’ve had some disasters involving deaths of young people in our congregation. When Phil visits families in those situations, he has a calming effect on people. When he walks in the room, they get the feeling things are going to be okay. There is hope.”

And that experience was tested in a way no one could have expected when, in 2015, NRECA’s President/CEO Jo Ann Emerson was stricken with a devastating brain injury. The situation was shocking and emotionally draining for everyone involved, including the NRECA board and its officers, who were faced with some very big decisions. Delicately deciding how to maneuver through something unprecedented in NRECA history was a challenge in of itself, but this situation especially required a delicate hand – what, and how much to communicate, and how to plan for an uncertain future. It took a strong leadership team to move the organization through selecting an interim leader, and ultimately a permanent leader for the association. Carson, Coleman and NRECA Secretary Curtis Wynn worked tirelessly to ensure there was never a break in leadership. Coleman says, “Thank God I had Phil, Curtis and the officers group. The three of us have worked really closely together.”

Carson’s faith has also spurred his interest in the NRECA International Program, which helps bring electricity to people in unserved areas overseas. He had traveled with Coleman and Wynn to Guatemala through a project funded by the Missouri and Arkansas co-ops, and saw the tremendous body of work being done. When he returned, he was determined for the Illinois co-ops to have their own project.

Noland says, “Illinois always sent linemen to assist with international projects, but never had a statewide project. Phil really encouraged us
to develop our own. On March 13,
12 Illinois line personnel will be heading to an area in Bolivia that has never been electrified. We will be there when they actually flip the lights for the first time, much like what happened in rural Illinois 80 years ago.”

What qualities will make the next NRECA president successful? “Other than the obvious,” says Coleman, “The most important thing for the NRECA president to understand is he’s serving at the pleasure of the directors of 47 states who represent more than 900 co-ops, which collectively represent 42 million people. That’s pretty heavy when you start thinking about it. And, you’re there leading a multi-billion-dollar organization with 700 employees.”

Carson says there is a sense of awe about it. “When you get into these positions, it’s never what you think it will be. It might initially seem really overwhelming, but in the end, it really doesn’t feel a whole lot different than other things you’ve done. You grow into it.” He adds, “Again, you come prepared. You know you’re prepared, and you trust in the Lord and step out there and go. There are a lot of folks leaning on you. Your entire board is trusting you to be their face for those two years. There’s a sense of duty, obligation and excitement.”

He wants to continue the trajectory of the good things that are already in the works. He’d also like to see advancement in areas such as NRECA governance and broadband. Board governance is at the root of creating a sustainable and sound future at an electric cooperative, and it’s more important now than ever. Serving a more diverse membership is requiring co-ops to look at their boards and ensure they are truly representing who they serve.

With his telephone co-op experience, Carson feels co-op leadership can also be tied to broadband Internet service. “The primary reason we sit in boardrooms is not to make sure electricity gets delivered, it’s the quality of life in rural America. If you’re going to have quality of life, and create business opportunities, and folks’ kids want to stay in our communities, broadband is going to be essential. That’s something that’s front burner for us. We need to be there for rural America, and we need to do it right.”

And governance plays into another of Carson’s missions – to help co-ops preserve the cooperative way of doing business, while meeting needs of a changing membership. Co-ops now serve four unique generations of members. He explains, “Our cooperative principles will never change. That’s our foundation. We can never betray them, but we have to make technological advances and learn to communicate the best way possible to reach and serve everyone.”

An avid St. Louis Cardinals baseball fan, he likens a co-op serving its diverse membership to an older ballpark that is replaced by a new one. “You bring back the elements that make it look like it’s from the 1950s or 1960s, but you have all the amenities of a new one.” You have to be everyone’s co-op.

As Carson prepared to be installed as NRECA’s president, he summed up his journey thus far, “As a Christian, I can see God’s hand at work from the very earliest days to where I am now. Jesus said, ‘I didn’t come here to be served, but to serve, and to give my life as a ransom to many.’ With what I’ve been able to give in life, I’ve been blessed 10 times over.”

Armed with his new gavel, a wealth of experience and a servant’s heart, Phil Carson is ready to take on this new challenge. 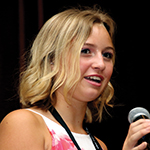 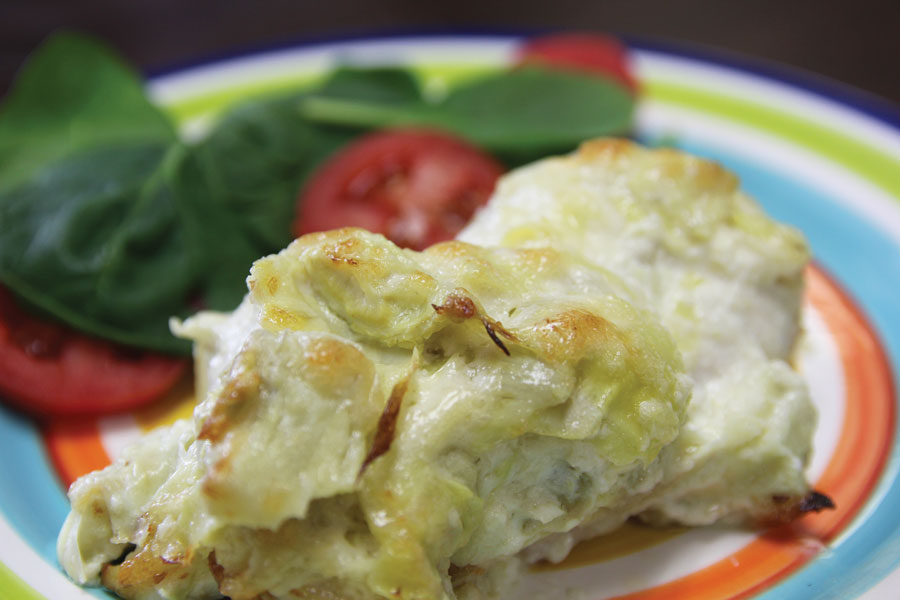 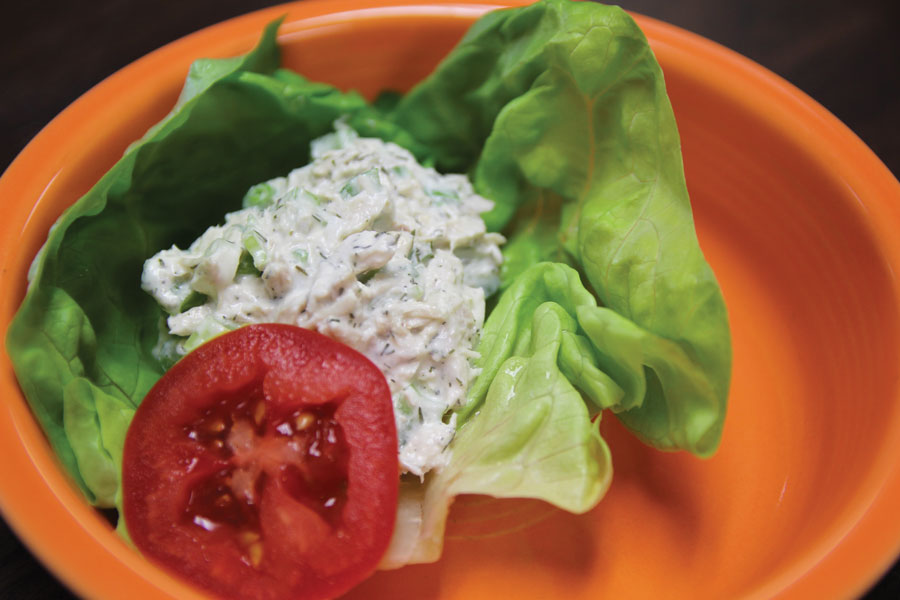