Brian Frieze never likes to see an old barn bulldozed. He sees raw material that can be reused to make something beautiful. That vision led to his woodworking business Sangamon Reclaimed.

In 2013, Brian, an Air Force veteran and firefighter for the Springfield Fire Department, was sitting around a campfire having a beer with a neighbor. “He was talking about bulldozing his barn and how he was going to put up a new machine shed,” Brian recalls. “He was all excited about it, and I just kept thinking about all that wood going to waste.”

Having grown up on a farm in southern Missouri, Brian thought about all the time he spent in old hay lofts and suggested that his neighbor reuse the barn instead of just tearing it down. His neighbor replied, “It’s yours if you want it. Everybody says we should reuse it, but nobody wants to do the work.”

Never one to be scared of work, Brian, his now brother-in-law and a friend got together and tore the barn down piece by piece with sledgehammers and pry bars. “We had no idea what the heck we were doing, but we got it done,” he says.

He then started selling the lumber and connected with a man who sells reclaimed lumber nationwide. From there, with the help of family, friends and fellow firefighters, he disassembled 38 barns across central Illinois over the next couple years, saving the money from the lumber sales.

“The whole time I knew what I wanted to do with it,” Brian says. “We were able to purchase all the woodworking equipment.”

Brian started his first woodshop in his garage in 2014, but soon outgrew that, as well as the next two spaces. Sangamon Reclaimed moved into its permanent home in 2017 on a 2-acre lot in Springfield. Outside of the metal work, which is sourced locally, all the milling and woodworking is done in-house.

“We grew the business organically,” Brian says. “The idea behind the business was always to build a skill set to transition to whatever the style of furniture we were building. We started out making primitive, rustic furniture. It has evolved. Now we’ve got everything from live edge walnut tables to reclaimed wood tables to epoxy tables. We’ve continued to mold and adapt to whatever clients want.”

While patrons can stop in to purchase a dining table, charcuterie boards, butcher blocks, etc., most of Sangamon Reclaim’s business comes from custom work. “The majority of people want something custom … something specifically made for them,” Brian explains.

They do a lot of custom bar designs and restaurant projects. Recently, they saved a dying red oak on Lake Springfield that had to come down. Sangamon Reclaimed transformed that tree into tables for Springfield restaurant VELE.

In total, Brian says he has taken part in disassembling 45 barns, but Sangamon Reclaimed is no longer involved in that side of the business. “We don’t go tearing barns down ourselves,” Brian explains. “We do put people in contact with someone who can. People call us all the time, and we send them a list of salvage crews we recommend.”

Brian aims to pass down and preserve any history a salvaged building may have. “By the time we find out if there’s a story behind it, the building has already been torn down. I talk to the salvage crews to find out what lumber is available and will ask where it came from. They’ll give me the address, coordinates and whatever history they have.”

Then he’ll talk to a historian to validate its history. For example, the Herndon barn was taken down outside of Rochester in 2015. This barn was built in 1873 by Archer Herndon, the brother of President Abraham Lincoln’s law partner William Herndon.

“There’s a lot of value in the personal story of the barn and the memories made,” Brian says. “It is cool to tell that story, but I don’t want to tell it unless I can prove it.” Sometimes there’s no history, so the purchase of a table may come with a photo of the barn and grid coordinates.

“I preach sustainably sourced material. No matter how we acquire material, we’re not going to go to the big box store and buy lumber. All our lumber is sourced locally.” Quincy to Champaign is typically where lumber from reclaimed barns and other buildings come from, and most trees from along the Illinois and Sangamon River valleys.

“It is all Midwest, central Illinois barns. For me, it is all about minimizing that footprint. If we buy truckloads of lumber from a big sawmill out east, our material is no longer sustainably sourced. Most trees we have were cut down to clear an area for a new house or a tree that was dying.”

In addition to furniture, Sangamon Reclaimed also sells handcrafted American flags made from salvaged wood. Brian got out of the Air Force in 2014 – around the same time he started his business. “I was looking for ways to stay involved,” he says. “When most guys get out of the military, there’s kind of a void there. You still want to give back – you still want to stay involved.”

So, he started the Flags for Heroes program. A portion of the flag sales are donated to veteran-based organizations. These flags can now be found in 42 states, and the woodworker who makes the flags is a specialist in the U.S. Army. “He makes all our flags, and he loves it,” Brian says. “He’s always wearing his American flag bandana.”

Coming late spring 2021, Sangamon Reclaimed is opening a showroom in downtown Springfield. While a showroom is in its current space, the location is off the beaten path. “It’s a great place for a woodshop, but not a great spot for a showroom,” Brian says. The downtown space will be a storefront, and everything will be handmade either by Sangamon Reclaimed or other makers. “I want everything to be quality handmade goods.”

If interested in custom work, the best thing to do is set up a consultation. “It helps to sit down and talk through the project and understand the vision,” Brian says. “We want to make sure we’re building you a solid piece of furniture that’s going to stand the test of time.”

Top photo: The Flags for Heroes program donates a portion of proceeds to veteran-based organizations from sales of flags made from salvaged wood. 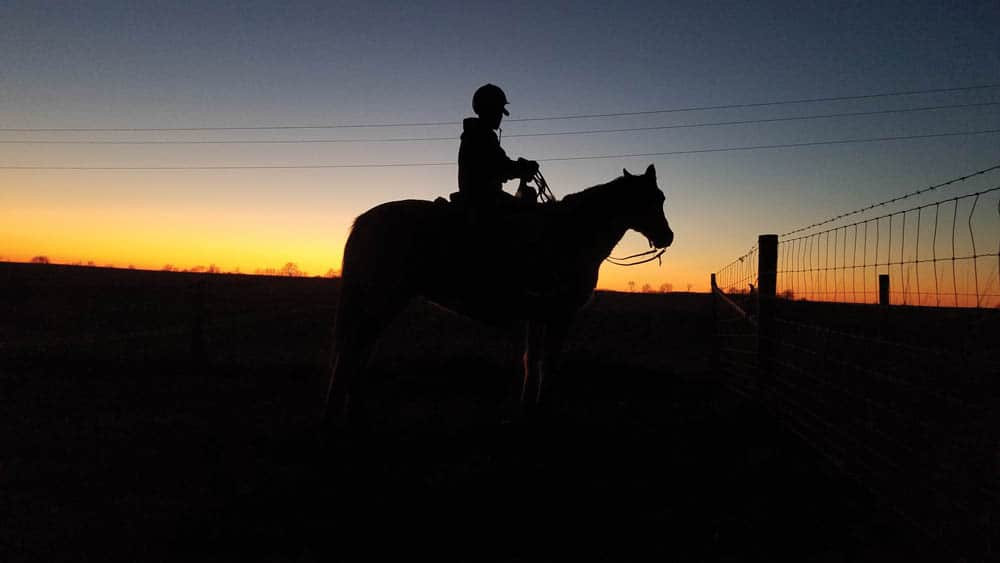 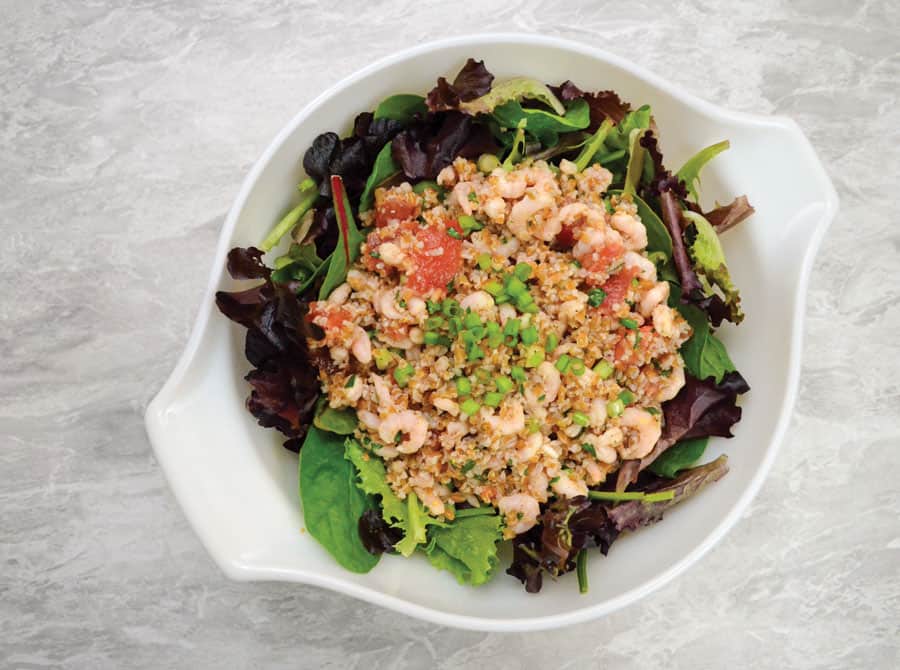 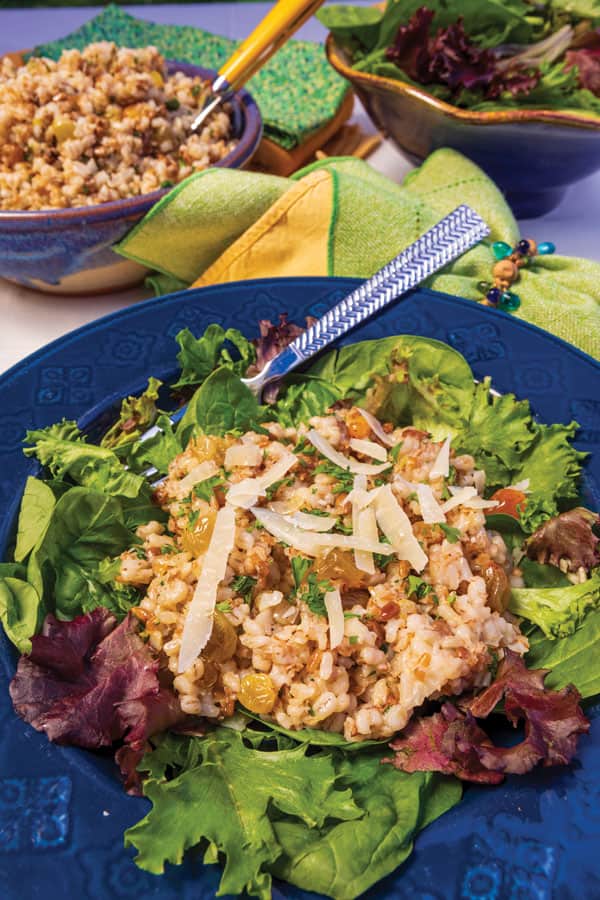