Unfortunately the old saying, “Lightning never strikes twice,” is not true. Even more unfortunate, it only takes one strike of lightning to change a person’s life forever. Tamara Pandolph-Peary of Chatham, Ill. learned the dangers of lightning the hard way.

She describes herself as a hard worker who was on the move from the moment she woke up to the moment she went to sleep. However, being struck by ­lightning in 2010 changed everything for her.

“People don’t take storms seriously enough,” says Tamara. She is ­working with the Safe Electricity program to share her story about storm safety and educate others so they can avoid accidents.

After work on a rainy day Tamara, a manager at a store, offered to get her van and give everyone a ride to his or her car. As Tamara put her hand on the van door, she saw a bright light bounce off her umbrella. The next thing she remembers is sitting in her van and being confused about how she got there.

Tamara’s employees insisted that she had been struck by lightning and encouraged her to go to the ­hospital. However, Tamara was sure the van had been struck—not her—so she went home as normal. However, things were not normal when Tamara went home. She could not remember how to use her house keys, and she noticed her clothes were warm. A Lichtenberg Figure, or lightning rash, began to appear on her face. At her family’s insistence, she finally went to the ­hospital. Doctors were not able to offer her advice beyond ­taking a pain killer and getting plenty of rest. Unfortunately, this would not be enough to treat the damage Tamara had suffered.

The lightning took its ­greatest toll on Tamara’s memory. Now Tamara has what she calls “bad brain days.” On these days she struggles to do basic things, even forgetting where her home is if she goes for a walk. In addition to “bad brain days” Tamara deals with chronic pain and exhaustion.

Despite all the challenges of life after a lightning strike, Tamara has managed to find the positive in it. “I’ve learned to cherish each day,” she says. “Every day is a blessing. When I have a bad day, I remember that tomorrow will be better.”

Tamara and her family have adjusted to a new normal since the accident and she values optimism and positivity more than ever. She has found hope by supporting others who have been struck by lightning and is sharing her story so that others may learn from it.

Tamara emphasizes that it is always important to take necessary ­precautions in severe weather to avoid being struck by lightning. “It’s changed my life. It’s changed the lives of everyone around me. It may seem like a one in a million chance, but it is not a risk worth ­taking,” she says.

Fortunately, there is a lot you can do to protect yourself from lightning. Lightning can strike up to 10 miles from the area in which it is ­raining, even if you don’t see clouds. This means that if you can hear thunder, you’re within striking distance.

The best policy is to plan ahead so you do not get caught outside in a storm. If you do get caught outdoors during a thunderstorm and are unable to take shelter in a building, take the following precautions:

• Try to take shelter in a vehicle with a solid metal roof. Close the windows and avoid contact with electrical conducting paths, such as the steering wheel, ignition, gear shifter, or radio.

• Do not seek shelter under tall, ­solitary trees; canopies; small picnic or rain shelters; or in any open-frame vehicles such as jeeps, convertibles, golf carts, tractors or mowers.

• Do not stand near power, light or flag poles, machinery, fences, gates, metal bleachers, or even other ­people. If you are in a group, spread out so that you are at least twenty feet apart.

• If your skin tingles or your hair stands on end, lightning may be about to strike. Squat down low to the ground with your head between your knees making yourself the smallest target possible.

After a storm, wait until 30 ­minutes has passed without lightning or thunder until you return outside. If a person is struck by lightning, call 9-1-1 and care for the victim immediately. You are not in danger of being electrocuted by the victim.

To read more about Tamara’s story or for more information on outdoor electrical safety, visit SafeElectricity.org. 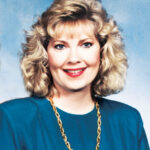