A story of hope and salvation

Tranquility. Peace. Love. Like a warm blanket on a cold day, you’re immediately enveloped by it as you head up the dusty lane to Refuge Ranch, near Pawnee. With a menagerie of horses, ponies, goats, sheep and even a pig milling about, this may look like just another small ranch that dots the Illinois landscape, but it’s so much more. This is a safe haven where healing occurs on so many levels for so many reasons.

Refuge Ranch Co-founder and Executive Director Chris Daniels greets everyone with a wide smile and unmistakable warmth. Radiant and relaxed, you’d never guess that her life took some devastating twists and turns to prepare her for the journey to build the ranch.

Refuge Ranch is faith-based and primarily serves “at-risk” children from ages 5 to 18 and their families, and focuses on mental, physical, emotional and functional healing. Much of the therapy is done through work with horses, many of which were rescued from abusive and or neglectful situations.

Starting with just four children in the beginning, the ranch is now in its sixth year. It serves nearly 40 kids, including almost 80 percent of the original ones, and that number is expected to grow. “We have been amazed,” says Daniels. “We were really concerned the first couple of years that kids would get disconnected and not come back, but we’ve been blown away by the retention rate.”

The kids come for 90-minute therapy sessions, and the frequency of visits depends on need. Daniels explains, “We want sessions to look like what the child needs. The kids start coming once a week or a couple of times a month and experience a lot of growth in that first year. Then, the next year they may come only once a month, or they may come out and volunteer a little more often and just come for therapy every now and then.” Staff and volunteers will pray with the children if they’re comfortable, but Daniels doesn’t ever want to make anyone uncomfortable because of it. The kids learn to ride and care for horses but are asked to give as well as take. The chores they’re asked to do help teach them responsibility and self-worth. Daniels explains that ideally, as the kids grow into maturity and their ability to cope increases, the goal is to plug some of them in as junior mentors, then into mentors to help other kids. They work directly with an adult or mentor for that entire time, always one-on-one.

Much of what the children are dealing with is very private in nature and it’s one of the reasons one-on-one mentoring is so important. The ranch provides a place of intimacy and safety, and freedom to share. “A lot of the kids who come here have trouble attaching and building relationships, so having the same mentor fosters an environment that’s a little safer for them,” says Daniels. “These kids need adults who love them and are willing to come and walk alongside them for the long haul.” She explains that especially with kids who really struggle with relationships, working shoulder to shoulder makes it a little easier to talk. Adults can’t always just ask them what’s going on in their lives. It’s much too intense for them.

And Daniels has been in their shoes and knows all too well what it’s like to be at rock bottom. She was once an at-risk teen who saw the father of two of her children sent to prison for murder. She truly thought her life was too broken to be rescued, and that’s why she’s so passionate about the work done at the ranch.

Like many of the kids who come to Refuge Ranch, Daniels was an angry, scared young woman who had seen the hard side of life and had severe trust issues. It took years and a lot of coaxing from her brother, but slowly she began to open the door and let God into her life. She was amazed how she and her children were embraced by people at the church–people she had thought would judge her for her former lifestyle. It was truly her salvation.

Daniels met her future husband, Stephen, when he was a youth minister in Chatham. And through this nurturing partnership, her faith grew. They soon married and headed to Chicago where Stephen became a minister; Chris worked at a large animal shelter and they both worked with at-risk kids. Together, they vowed to make a difference. They lived in a predominantly African-American neighborhood where kids were always playing outside. They dreamed of starting a summer camp and spent the first two weeks trying to build a relationship with some of the kids, but none of them would come near them. They later learned that their neighbors thought they were undercover police officers.

Daniels’ “aha” moment occurred one day when she took her African Gray parrot outside to get some sun. She had him on her hand and that’s what brought the kids around. They didn’t know what he was, so they crowded in to see and were full of questions. Daniels says, “I just sat there amazed that this little parrot managed to accomplish in 10 minutes what we’d been trying to do for weeks. It really crystalized for me the ability that animals have to break down walls with people.” Chris and Stephen learned from bringing rescue dogs home from the shelter that stories about the abused and neglected animals really resonated with the kids, many of whom were experiencing similar circumstances at home.

Exhausted after five intense years of working with kids in Chicago, Daniels and her husband moved back to central Illinois where they bought a farm and a couple of horses. Starting a ranch then wasn’t at the top of their list. But, one day a friend told them about a book she’d read called “Hope Rising” that chronicled stories from kids at a ranch in Oregon that provided therapeutic services for thousands of at-risk kids each summer, and something clicked. “I met my husband at the door sobbing, saying, ‘This is what I want to do when I grow up,’” says Daniels. There is a network of ranches around the country providing similar services, so there was a template that could be customized based on need. Daniels says it was like all the puzzle pieces were snapping into place. And because of her experience with animal rescue, the fact that the ranch in Oregon used rescue horses really intrigued her.

Daniels and her husband knew that making the ranch a reality and maintaining it would require a lot of help, especially from volunteers. The ranch’s volunteer program has different niches based on the individual’s strengths and interests. Volunteers help to train the horses, do basic chores and administrative tasks or work with people from the community who do special projects for the ranch. And some people work directly with the kids as mentors. “We require volunteers working in the mentoring program to be here for at least a year in that capacity, so we can get to know them well before we put them in with kids. And those volunteers who have been here long-term have been through our training process,” says Daniels.

Daniels explains with sadness about her experience with horse rescues. In 2011, she received a call that some horses were in trouble about two hours from the ranch. She arrived to a horrific scene-the worst thing she said she’d ever seen. The rescue mission involved 39 horses-some already dead, and the rest in various stages of starvation. The ranch was able to rescue a horse they named Redemption, or Remi. Daniels says the horse was like a walking corpse and would have needed to be euthanized without some quick help. Thanks to extensive help from ranch staff, volunteers and the kids, Remi experienced an amazing recovery. After having lived isolated in a stall for years, he is now learning to live in a herd and just “be a horse.” He still has issues, and the kids are helping to socialize him, but Remi’s “redemption” is sweet.

Canyon, is another one of Rescue Ranch’s success stories. About four years ago, he and a filly were seized by Douglas County Animal Control. Both were near death, and the filly was too weak to make the trip to the ranch standing. Eventually, both horses were nursed back to health at the ranch. The filly was adopted by Henson Robinson Zoo in Springfield for their petting area. But, the economy, especially for horses, turned sour and no one was interested in adopting Canyon, who wasn’t pretty or flashy.

During Canyon’s recovery, the staff and volunteers at Refuge Ranch began to see signs of a great personality, and he just blossomed. “He’s the best little horse,” says Daniels. “Even though he’s not the prettiest, he works his way into the kids’ hearts and is one of their favorites.” Daniels explains that Canyon loves people so much, that they have to love him back. He is always the first at the fence or gate to greet people, and if he’s not the first, he muscles his way to the front of the pack. Canyon went through extensive training and is now a member of the ranch’s mentoring program. Daniels says, “I wouldn’t sell him for a million dollars. He was just meant to be here.”

“I think the component of the horses that have been rescued and their stories really resonate with the kids,” says Daniels. She continues, “The horses have built this bridge for kids who are having a really hard time with intimate connections with anyone. What they’ve learned in their lifetime is that they can’t risk trusting anyone because they’ll just be hurt, so they don’t.” The kids have put up walls, and where people can’t necessarily tread, horses are allowed in. So this bridge is built and the mentors can come in through the back door and build a foundation that originated from the relationship between the horse and the child. At that point, the healing begins, and faith is a big part of that healing.

A strong faith is what brought Daniels to where she is today. Looking back at her life, she knows that all the parts of her life, including those really dark days, were all part of God’s plan. He gave her the strength and courage to build this amazing ranch that is creating hope for so many people. “We often say that among the horses, God and the mentors, we just try to stand back and make sure nobody gets hurt. They do all the work,” says Daniels. But, as the ranch has grown and the healing of the kids and the horses continues, she’s had her own transformation. As you look at the amazing work done at Refuge Ranch, the real question remains, “Who really rescued whom?”

Refuge Ranch is open Tuesdays, Wednesdays and Saturdays this season. You’re welcome to visit those days, but if you would like to chat with a volunteer or take a tour it’s best to make an appointment. For more information visit www.refuge-ranch.org or call 217-498-7679. 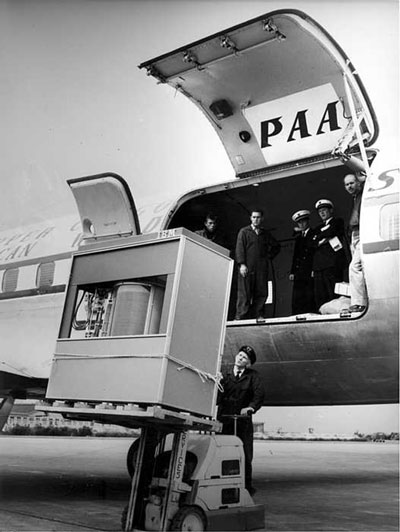 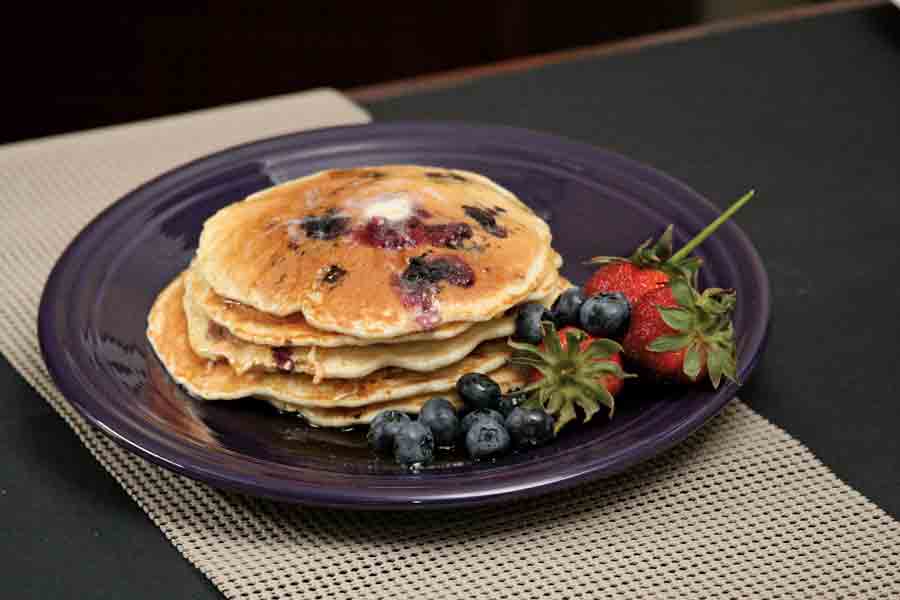