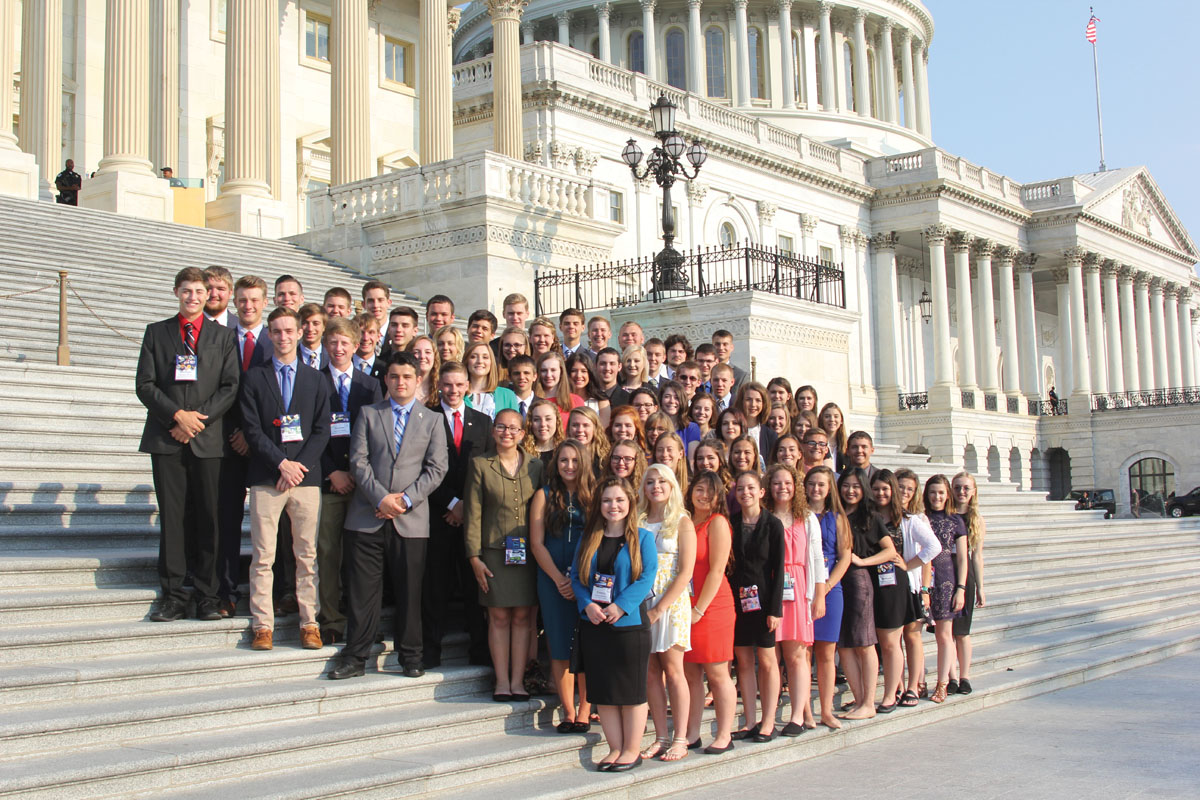 What does it take to generate additional energy in Washington, D.C.? How about sending more than 1,700 rural youth leaders, from across the United States, for a weeklong look at government in action?

Illinois electric and telephone cooperatives sponsored 69 Illinois high school students to the nation’s capital, June 9-16, for an experience of a lifetime. They all had the same common interests and value education and ­leadership. Since the 1950s, Illinois has been changing the lives of rural cooperative youth by sending them on the Youth to Washington Tour.

Total eclipse of the sun
From Agriculture to Aerospace
Top 10 reasons to consider a co-op career
Renewable energy grows like gangbusters
Charging ahead
Color your home with cut flowers
Technology can be a pain in the neck
Why it pays to keep a careful eye on your earnings record
Jump into action
Agriculture – Illinois’ number one industry
Don’t get schoole, get smart about social security