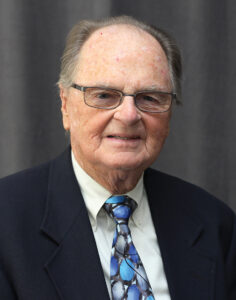 Beatty received the award for his constant support of and advocacy for agriculture in Illinois. A member of the IFB since the early 1970s, Beatty has served on numerous boards of directors and agriculture organization leadership teams including the Illinois Corn Marketing Board and IFB Board of Directors.

Beatty was an early advocate for ethanol and is known for his willingness to try new farming and conservation practices.

An active member of his community, Beatty has served as a local 4-H leader and was a member of the Auburn Jaycees. He attended Iowa State University before returning to the family farm to work alongside his father.