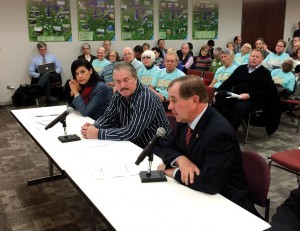 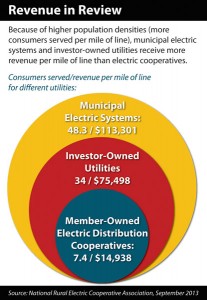 Cooperative leaders agree with some of the major points in the Administration’s energy plan. Noland said, “We’ve been proactive in installing smart grid technology, ­promoting energy efficiency, and are constantly looking to diversify our energy supply with renewable energy projects. However, while cooperatives are involved with hydro, wind, and solar power projects, the vast majority of our power production remains coal-fired. We have strong concerns about the possible additional costs that could ­accompany EPA’s proposed rulemaking on existing coal-fired plants. While we greatly respect EPA’s objectives, any cost increases our not-for-profit co-ops incur must be passed on directly to the member-owners.”

Noland added that many of the counties served by co-ops suffer from higher rates of poverty and unemployment. For example, Alexander County, at the very southern tip of Illinois and about as far away from Chicago as you can travel, has a 12.5 percent unemployment rate, the ­highest in the state. And, Jackson County, also in far southern Illinois, has the state’s highest poverty rate of 28.5 percent.

Noland said, “I respectfully urge you to consider the potential devastating economic impact of any new ­regulations and what it could mean to our co-op ­members.”