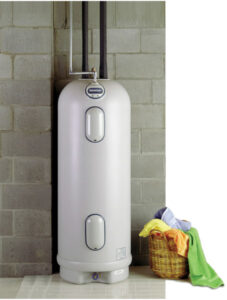 “Electric co-ops have a straight­forward mission: to provide reliable electric service to their consumer-owners at the lowest cost ­possible,” Emerson said in a letter to ­lawmakers. “H.R. 2126 will allow us to ­continue to use water ­heaters in money and energy saving demand response ­programs by establishing a new ­category of efficiency standards for water heaters used in demand response programs.”

The legislation would allow for the manufacture of grid-enabled electric resistance water heaters above 75 ­gallons for use in demand-response programs. These provisions would mitigate the federal standards that would essentially end their production beginning in April 2015.

Absent this legislation, the new standard from the Department of Energy would in effect ban electric resistance water heaters of 55 ­gallons or larger capacity in favor of heat pump technology, ­leaving co-ops without access to these water ­heaters that are vital to their ­successful demand response programs. The Federal Energy Regulatory Commission recognized co-ops’ leader­ship in demand response in a 2012 report and demand response is critical to our national energy ­strategy.