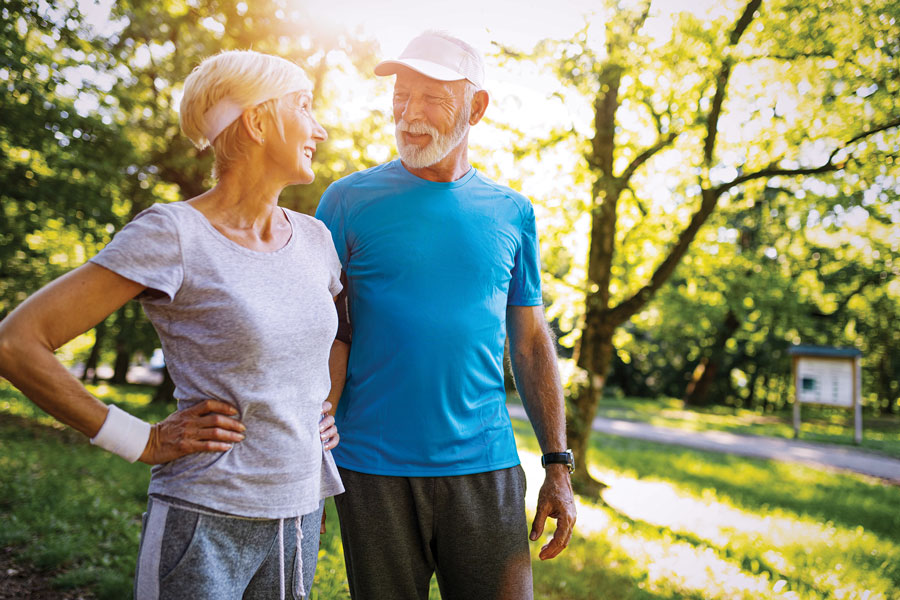 Health care professionals want to remind everyone to keep moving, despite the season. According to a large-scale study published in the Journal of the American Medical Association, inactivity can be worse for you than smoking, diabetes or having heart disease.

Researchers studied more than 122,000 patients who underwent exercise treadmill training over a 23-year span. The data showed that those who lived sedentary lifestyles had an exponentially higher risk of death than their more active peers.

“I think it’s a real wakeup call,” said Dr. Darrel Gumm, interventional cardiologist for OSF HealthCare Cardiovascular Institute. “We shouldn’t be so shocked that exercise is good, because we’ve been saying that for a long time. But now when we compare it to doing nothing, it is up to a 500 percent difference. Those people who don’t do anything more than get up and walk around during the day are truly sedentary and we’re talking about cardiovascular death. It’s a really big deal!”

The data shows the benefits of exercise across all ages in both men and women. Despite this, only 23 percent of Americans are adequately active.

“If people would do continuous aerobic exercise for 20, 30 or 40 minutes, three to five times a week, they would see a huge benefit,” explained Gumm.

He adds there is strong data to say if people will maintain core strength in their 60s and 70s, they will statistically be much more likely to be able to live independently in their 80s and 90s.

Gumm recommends first speaking with your primary care physician about starting an exercise program and to start slowly and gradually. He also says following a heart healthy diet will add to the benefits of exercise, but the main message is to get up and get active.