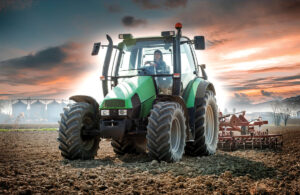 hs and ­counting. That’s how long the rural economy has been subpar, according to a study of ­economic activity in the nation’s heartland.

The Rural Mainstreet Index, which looks at a 10-state region that depends on agriculture and energy, registered a 45.3 mark for March on a scale of zero to 100, with 100 being the top point of economic growth.

That represented a dip from 45.8 in February. The index has been below the neutral mark of 50 every month since August 2015.

The index is based on input from community bank ­presidents and CEOs representing about 200 rural communities with an average population of 1,300.

The farmland and ­ranchland-price index for March 2017 stood at 33.0 and has been below the neutral 50 benchmark for 40 straight months.

On average, bankers reported cash rent for cropland was $212 per acre, down 16.1 percent from 2016, the index noted. Also, the March retail sales index declined to 41.5 from February’s 45.8. “Much like their urban counterparts, Rural Mainstreet retailers are experiencing pullbacks in sales,” Goss said.

The survey also said almost one-third of bankers report that property taxes are “a major economic problem” for farmers in their area, amid generally pessimistic short-term expectations.