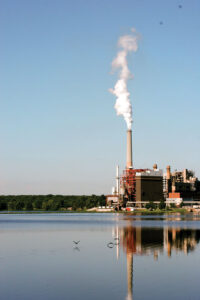 The Obama administration’s Clean Power Plan will have lasting ­consequences for the nation’s electric ­generation mix, which will hasten the need for more transmission and ­pipeline ­infrastructure, says the North American Reliability Corporation (NERC), the nation’s reliability watchdog.

NERC noted that the resource changes needed for new electric transmission and gas pipeline infrastructure will vary from region to region. Most new gas generation will be built in the North and Southeast, and most wind power will come on in the Midwest and Southwest.

We question whether the ­industry will be able to meet these infrastruc­ture challenges under the ­current CPP timeframe,” said John Novak, head of the National Rural Electric Cooperative Association’s environmental team. NERC’s first assessment of the rule raised similar concerns.

The plan sets limits on carbon ­dioxide emissions from electric ­generation within each state to achieve an overall national reduction of 32 percent by 2030.

Petitioned by Basin Electric Power Cooperative, and 38 other electric co-ops, the U.S. Supreme Court in February placed the rule on hold until legal challenges are resolved. One case goes before the U.S. Court of Appeals for the District of Columbia Circuit in September.