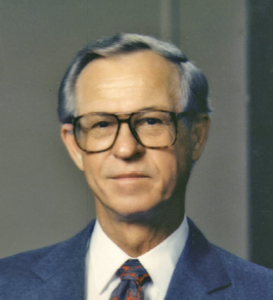 In July of 1961, a young Arkansas firebrand named Thomas H. Moore came to Springfield, full of energy, workaholic-like spirit and a bundle of ideas. He was hired by Illinois electric cooperative leaders to lead the Association of Illinois Electric Cooperatives, a small but growing trade association.

Mr. Moore, as he was known by electric co-op folks across Illinois, and a team of co-op leaders, led a legislative effort that would culminate in passage of the landmark Electric Supplier Act in July of 1965. That legis­lation led to the development of service area maps showing which power supplier would provide electricity.

Under his leadership, the AIEC grew, becoming one of the largest, most successful trade associations in the capital city during the 1980s and 90s.

Moore would be termed old school by today’s standards, but he built a dynamic association through deter­mination, grit, hard work and leadership.

In celebration of the AIEC’s 75th anniversary, this is second in a series of profiles on Illinois’ rural electric pioneers.